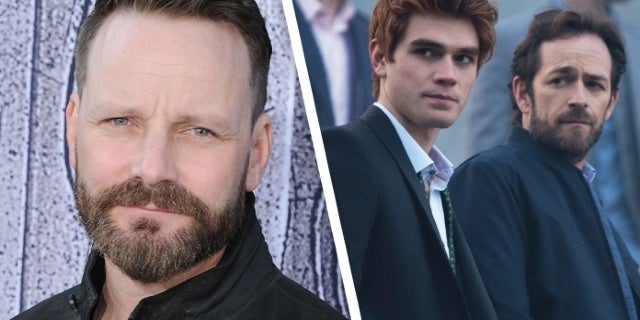 Riverdale‘s fourth season is officially in full swing, after opening with a heartfelt tribute to the late Luke Perry. While Perry’s character of Fred Andrews might also be gone from the show, it sounds like his family tree will soon be continuing. According to a new report from Deadline, Ryan Robbins is set to recur in Season 4 as Frank Andrews, the younger brother of Fred. Robbins is known for playing Rory in Deadly Class, as well as appearances on Pure, Sanctuary, and The Twilight Zone.

Frank Andrews is described as a blue-collar, former high school football star – tough, brash, and charming. His temper and vices constantly get him into trouble. He’s lived in the shadow of Fred (the late Luke Perry), his beloved older brother, since he was born. As a result, Frank joined the Army in search of his own identity. After three tours of duty, Frank Andrews is haunted and in need of a home.

Robbins’ arrival on Riverdale comes at an interesting time for the Andrews family, as Fred’s son Archie (KJ Apa) is attempting to carry on the legacy of his father.

“All of the plans and dreams Fred had about Riverdale, he’s trying to fulfill those,” showrunner Roberto Aguirre-Sacasa explained earlier this year.

“It’s been really, really intense,” Aguirre-Sacasa said of Perry’s death in a later interview. “Luke and Fred were very similar guys. Everyone loved Fred. Everyone loved Luke. They were both salt of the earth. They were both generous and led with their heart. And it was really hard the days after Luke passed. I remember KJ took a break from filming and he went off and I sat with him and he said, ‘Gosh, Roberto, can you imagine if we were all as good people as Luke was?’ That sentiment really resonated, and a similar sentiment is expressed in this first episode. Archie says Veronica, ‘Imagine if we were all as good as my dad,’ and Veronica says, ‘You are.’ And it’s really cathartic.”

Are you excited to see Ryan Robbins come to Riverdale? Share your thoughts with us in the comments below!

Riverdale airs Wednesdays at 8/7c on The CW.