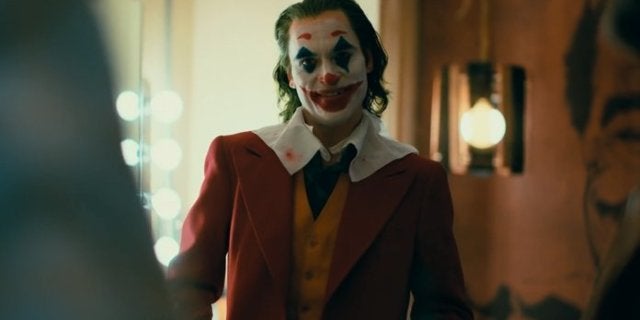 Joker has surprised a lot of people at the box office this Fall. But, chief among those impressed are surprisingly from Warner Bros. The Hollywood Reporter has discovered that some at the company was unsure of Todd Phillips’ latest project almost from its perception. All of this started back when people presumed that Jared Leto would get a chance to play The Clown Prince of Crime in another movie after Suicide Squad back in 2016. Of course, not too long after that film, Joker was greenlit, much to the dismay of Leto. The actor felt like he was getting the short end of the stick and was operating as if he had been sure that he would get a solo movie of his own at some point.

Phillips got the okay from the studio despite some unease about the tone and story from people in charge according to THR. The report even includes details about the film receiving a smaller budget than one would expect from this property. That lack of incentive and creative constraint could have been designed to encourage the director to drop the project entirely. Our current status with Joker indicates that he and Joaquin Phoenix stayed the course and it has paid dividends this October.

Joker has passed $600 million at the box office and set multiple records for the month. It’s the top first-week October earner and looking like a massive hit for Warner Bros. To put it in perspective, the film has already grossed more than Justice League in the little time that Joker has been in theaters. Projections that wondered if the movie could claim the outright October record for an R-rated film look pretty good right about now.

Critics were unkind before release, but those kinds of returns speak for themselves. Audiences are voting with their wallets and on aggregation sites like Rotten Tomatoes. The fans have kept that audience score respectable even as Joker occasionally sags into the ‘Rotten’ category for critical scores. More and more people who were initially uninvested in what the movie was bringing to the table are peeking in to see what’s got everyone talking. Comic book.com’s own Brandon Davis enjoyed the film a lot and called it an “insane masterpiece.” (You can check out his full review here.)

Disney+ to Release Frozen 2 Early in UK and Ireland
Legends of Tomorrow’s Falk Hentschel and Director Taylor Morden On How That Hawkman Short Came to Be
Re:Zero Gets Spin-Off Game For Switch/PS4/PC!
Loki, Falcon and the Winter Soldier Rumored to Resume Filming in July
Fuller House Final Season Now Streaming on Netflix