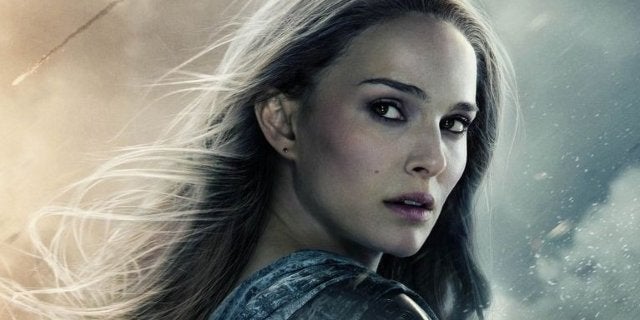 Martin Scorsese’s criticisms of Marvel Studios films continue to elicit reactions from people, both fans and within the entertainment industry, and now Thor: Love and Thunder star Natalie Portman is weighing in. The Academy Award winning actress, who starred in Thor and Thor: The Dark World, is defending Marvel and comic book films in general, telling The Hollywood Reporter at the 6th annual Los Angeles Dance Project Gala that there’s room for “all types of cinema” and that “there’s not one way to make art”.

Portman went a bit further with her comments, explaining that she feels that Marvel films strike such a chord with audiences and are popular because they offer people a way to be entertained after having to deal with the challenges and difficulties of real life.

“I think that Marvel films are so popular because they’re really entertaining and people desire entertainment when they have their special time after work, after dealing with their hardships in real life,” Portman said.

“I don’t see them. I tried, you know? But that’s not cinema,” he said. “Honestly, the closest I can think of them, as well made as they are, with actors doing the best they can under the circumstances, is theme parks. It isn’t the cinema of human beings trying to convey emotional, psychological experiences to another human being.”

Scorsese then doubled down on those comments at an event supporting the release of his latest film, The Irishman, and said that theater owners needed to make more room for narrative films, suggesting that Marvel films were “invading” the theater experience.

“The value of a film that’s like a theme park film, for example, the Marvel type pictures where the theaters become amusement parks, that’s a different experience,” he said. “As I was saying earlier, it’s not cinema, it’s something else. Whether you go for that or not, it is something else and we shouldn’t be invaded by it. And so that’s a big issue, and we need the theater owners to step up for that to allow theaters to show films that are narrative films.”

While Scorsese has his supporters in this matter — director Francis Ford Coppola recently backed Scorsese’s criticisms in comments after receiving the Prix Lumiere award in Lyon, France — there are plenty of voices countering him as well. That includes not just Portman, but director Kevin Smith as well.

“My feeling is, Martin Scorsese never sat in a movie theater with his dad and watched the movies of Steven Spielberg in the early ’80s or George Lucas in the late ’70s,” Smith said. “He didn’t feel that sense of magic and wonder. I can still step into one of those comic book movies, divorce myself of that fact that I do this for a living, release, and my dead dad is back for a minute, for two hours. And it’s personal for a lot of the audience. You know, and we’re not arguing whether or not it counts as cinema. I guarantee you there’s something he enjoyed with his parents, like a musical — I bet you some cats would say, ‘A musical is not really cinema,’ but Martin Scorsese grew up on musicals, and I bet they mean a lot to him. These [Marvel] movies come from a core. They come from a happy childhood. And they’re reflections of a happy childhood. He’s not wrong, but at the same time, neither are we for loving those movies. And they are cinema.”

What do you think about Portman’s defense of Marvel Studios films? Where do you fall in this conversation? Let us know in the comments below.