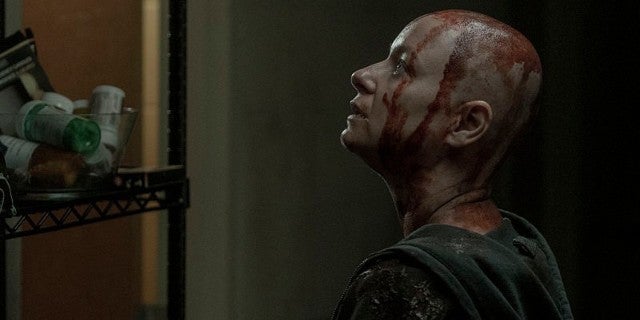 The Walking Dead is in the midst of airing its tenth season with a 16-episode run which will be split up with a standard break from December through February. The AMC zombie series which was once on top of the world in terms of ratings has now, for the second consecutive week, broken its own record for the lowest rated episode of the series. Despite a high-quality entry to the decade old series, fans don’t seem to be on board with the zombie drama as they once were as nearly half a million people tuned out by comparison to the prior week’s episode.

The Walking Dead Episode 10×02 hauled in a rating of 1.3 in the key 18-49 demo with a total audience of 3.47 million viewers. The program slipped to second place on Sunday night, falling behind MLB’s ALCS game between the New York Yankees and Houston Astros. It’s a 7% dip in ratings from the Season 10 premiere, which had 4 million people tuning in live. Still, The Walking Dead can claim the title of number one drama on Sunday night.

Live viewership seems to be down across the board for many shows, which might be why the Season 10 premiere saw a 50% boost in viewership when Live+3 numbers were taken into consideration.

One factor for the downward slide in ratings is AMC offering episodes 48 hours early on AMC Premiere, its subscription based streaming service. The numbers for the subscription service have not been revealed but AMC is certainly proud of them behind the scenes.

The Walking Dead Episode 10×02 is titled, “We Are The End Of The World.” The official synopsis for We Are The End Of The World reads, “A flashback reveals the origins of Alpha and Beta. Alpha attempts to toughen up Lydia as they prepare to walk with the dead. Meanwhile, the Whisperers create their herds.” The episode is directed by Greg Nicotero, who also direct last week’s Season 10 premiere, and is written by Nicole Mirante-Matthews.

Fear not, fans of The Walking Dead. AMC announced at New York Comic Con in early October that The Walking Dead has already been renewed for a tenth season which will begin production and air next year.

The Walking Dead returns for its tenth season on October 6.