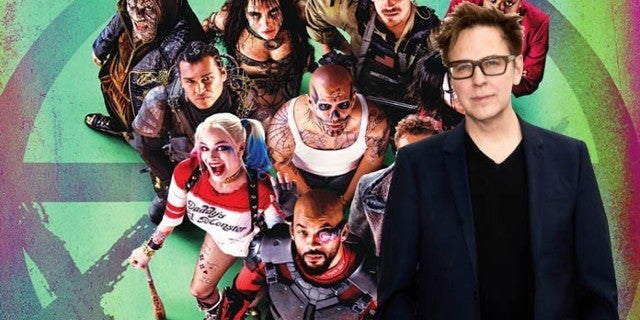 When it was announced that James Gunn was transitioning to the DC Comics universe to make a sequel-slash-reboot to Suicide Squad, fans knew that they were in for something out of this world. And because of the filmmaker’s history in plundering the lesser explored aspects of continuity, we shouldn’t be surprised that he’s going deep into the well of DC’s characters to tell his story. But one surprising character in the film might tease what fans should expect when the movie premieres in theaters.

New set photos from the production of The Suicide Squad have revealed the roles and characters of the movie’s sprawling cast, showing the surprising debuts of many DC Comics heroes and villains. But one specific role might indicate where the plot is actually going…

The photos posted by JustJared.com indicate that the cosmic villain Mongal, which only hints at another presence likely to appear in the series. That’s right, it seems like we’re finally going to get to see Mongul in a DC Comics movie.

Mongal herself is a huge surprise, but it looks like it could portend the debut of her powerful father in the series. And while Gunn has not revealed any new details about the inner workings of his movie, Kevin Smith teased that the villain in The Suicide Squad will be a huge surprise for longtime DC Comics fans.

“Does anybody know who the villain is for [The Suicide Squad]?” Smith said on his Fatman Beyond podcast. “Alright, I do, and I just can’t say it then. Because I thought everybody knew and I was about to say… I might have heard that privately… I’m not gonna spill it, but if it is what I heard, it is f—king phenomenal. And boy is it in the right hands with James Gunn.”

So, what if Amanda Waller’s forces manage to capture a cosmic being of importance such as Mongal, somehow signaling to the leader of Warworld Mongul that he needs to come and retrieve his family member? That would be a very unexpected villain for the Suicide Squad to face off against, and would be a character that has ties to the long-running DC Comics franchise.

Whether or not Mongul is the ultimate villain in the series remains to be seen. Either way, Mongal’s presence will at least set up the character to appear at some point in a future DC Comics movie.

The Suicide Squad premieres in theaters on August 6, 2021.