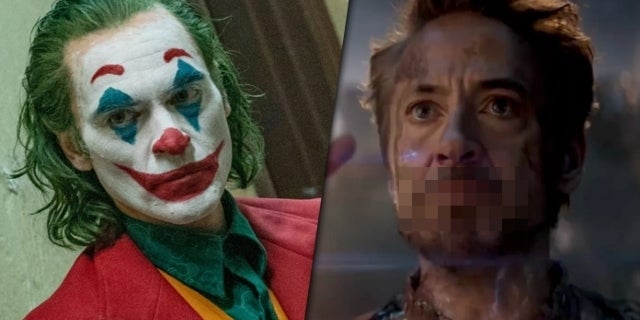 Joker has been in theaters for all but four days and it’s on a tear at the box office. Through Sunday night, the Todd Phillips film has grossed a whopping $248 million in theaters worldwide, nearly more than 20th Century’s Dark Phoenix did its entire time in theaters. Because Joker is an incredibly dark film that ends up pushing the boundaries with its hard R rating, we’ve got to ask — does this mean studios are going to put even more emphasis on R-rated superhero properties?

Mind you, adult-oriented superhero films aren’t novelty concepts by any stretch of the imagination. After all, Wesley Snipes’ Blade was terrorizing audiences over 20 years ago. As you and I know, however, Hollywood has changed leaps and bounds since then and franchise-building is all the rage.

Right away, many fans will look to Ryan Reynolds’ Deadpool franchise as a champion of the R-rated superhero film. Together, the two movies have made $1.56 billion worldwide, a healthy haul for a pair of movies, regardless of rating. On top of that, both movies received generally positive reviews from critics and audiences alike. Now, in a walk-so-they-can-run scenario, Joker is now shaping up for one monstrous box office haul.

Admittedly, Joker was reviewed much harsher than its Deadpool counterpart, but with genre cinema in its prime, studios haven’t held back from letting a poor critical reception prohibit development on subsequent movies. You need not look far for proof, just glance over at Sony’s Venom, even though it’s rated PG-13.

In recent years, we’ve seen an increase in adult-oriented superhero programming from Deadpool and Logan to Amazon’s The Boys and Netflix’s suite of Marvel series like Daredevil and The Punisher. For the most part, everything’s been successful either critically or commercially.

Sure, like any genre, you’ll have your outliers but even then, Joker has shined an all-new light on the case for R-rated programming. Even embroiled in controversy in the weeks leading up to its release, Joker is chock-full of one incredibly difficult and uncomfortable moment after another, yet it’s made more money in one weekend than most filmmakers expect to make in an entire run.

We’re certainly not advocating studios to rush a film into development with problematic themes and ideas by any means. At face value, however, Joker has shown there’s a market for boundary-pushing R-rated superhero films, for better or for worse.

Joker is now in theaters. Marvel Studios properties like Blade and Moon Knight have yet to set release dates.

What other R-rated superhero movies do you want to see hit theaters? Are there any upcoming Marvel movies you think will be rated R? Share your thoughts in the comments below or by tweeting me at @AdamBarnhardt!