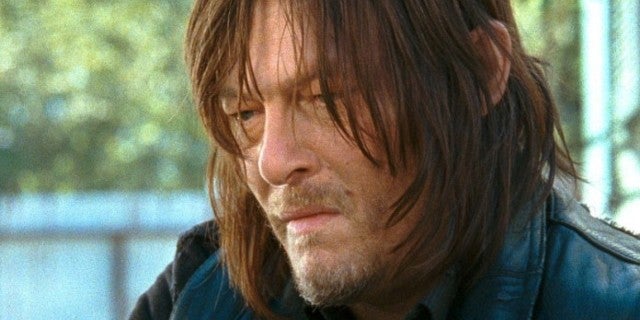 In recent seasons of The Walking Dead, Daryl Dixon was steered away from the front and center position he typically holds within the series. Season 7 and Season 8 humbled the character a bit, forcing him into a prisoner scenario and eventually freeing him only to limit the dialogue and key moments which Daryl actor Norman Reedus would be a part of. However, beginning with Season 9, Daryl Dixon emerged again as a fan-favorite character with plenty to say and do, which is something that will continue into Season 10. While Daryl will be on screen and talking a bit more, he will also be saying meaningful things, the sort of things which Reedus thinks are why fans fell in love with his character in the first place.

“It’s funny, ’cause I get that all the time, ‘Oh, he’s the guy with the motorcycle, he’s the guy with the crossbow, he’s the guy growling over there and killing people,'” Reedus told ComicBook.com at New York Comic Con. “But, you know, Daryl became popular, I think, or I felt it, during the Carol storyline with Sophia. When Sophia got lost in the woods and everyone gave up trying to find her and Daryl wouldn’t give up, that’s when people geeked out on Daryl and that’s when I really fell in love with that character.”

That sort of Daryl Dixon content was already on display in the Season 10 premiere when he and Carol spent some time together catching up in the woods.

“Some of that is back in this season again, and I know we do these events all the time, and it’s like, ‘How’s the crossbow? How’s the motorcycle? Are you gonna get together with Carol?’ And those are all valid questions, but they’re repetitive,” Reedus said. “I mean, the reason he became popular was ’cause he has a heart and he wears his heart on his sleeve and some of what makes those characters great are those sort of things and that’s kind of being re-introduced this year.”

Of course, Daryl was introduced as a solitary sort of character with a hardened exterior before he opened up to Carol and others. One of the characters who has had a lasting impact on Daryl is Rick, something Daryl will continue to carry with him, but Rick is not the only one.” I think Daryl, this year, has a lot of the ghosts of the people that were there before him that befriended him and welcomed him and he fought through things with,” Reedus said. “There’s Rick, there’s Shane, there’s Glenn, there’s Hershel, I mean, there’s a whole bunch of them. So, you know, I think Daryl finds himself in certain situations where he’s like, ‘What would Rick do here?’ Which is a very different Daryl than before when he would just, you know, punch you in the face, so you can see elements of all of them from time to time.”

The Walking Dead airs Sundays at 9pm ET on AMC.