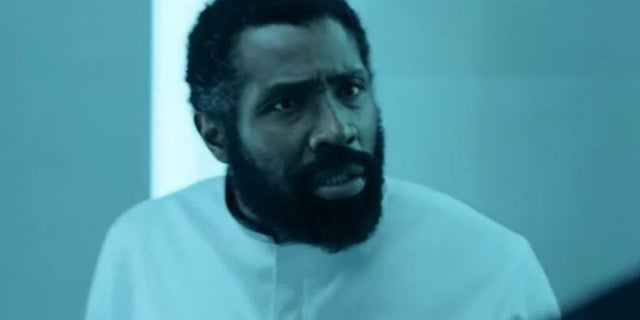 Black Lightning is back for The CW series’ third season, but as fans saw in Monday night’s season premiere things are pretty dire for Freeland and the Pierce family. The city is under quarantine, metahuman children are being separated from their families and kept in cages, and Agent Odell has the Jefferson and Lynn under his thumb as well. Agent Odell himself may also be misleading the Pierces about what’s really going on, too, with the overall situation being a terrible one for all involved and it looks like it may only be getting worse.

The CW has released a promo for next week’s episode of Black Lightning, “The Book of Occupation: Chapter Two” and things are definitely not improving. There’s someone begging for help in what appears to be the ASA facility, Jefferson having heated words with Commander Williams, Gambi declaring something to be a matter of life and death, and Jennifer getting into an actual fistfight at school. It’s going to be a wild ride. Check it out in the video above.

The previously released synopsis for the episode also indicated that there will be additional strain for various characters in the series too. Lynn and Jefferson will experience a bit of tension due to a deal with Agent Odell and Anissa will be reunited with Grace. You can check out the episode synopsis below.

The rift between Jefferson and Lynn in particular is something that fans may have thought was over last season, something that Christine Adams spoke about with us earlier this year.

“Do you think it’s rock solid?” Adams asked with a laugh when we suggested as much. “If you think about that very last beat of season 2 when Odell came in, he basically dropped a bomb in their lives and that’s bound to cause a strain in the relationship and it’s going to dig into some old wounds: ‘this is why we never should have gone back down this road.’ And at the same time, he’s sort of blaming her for the whole Green Light thing. So they’re at loggerheads.”

Black Lightning airs Mondays at 9/8c on The CW.