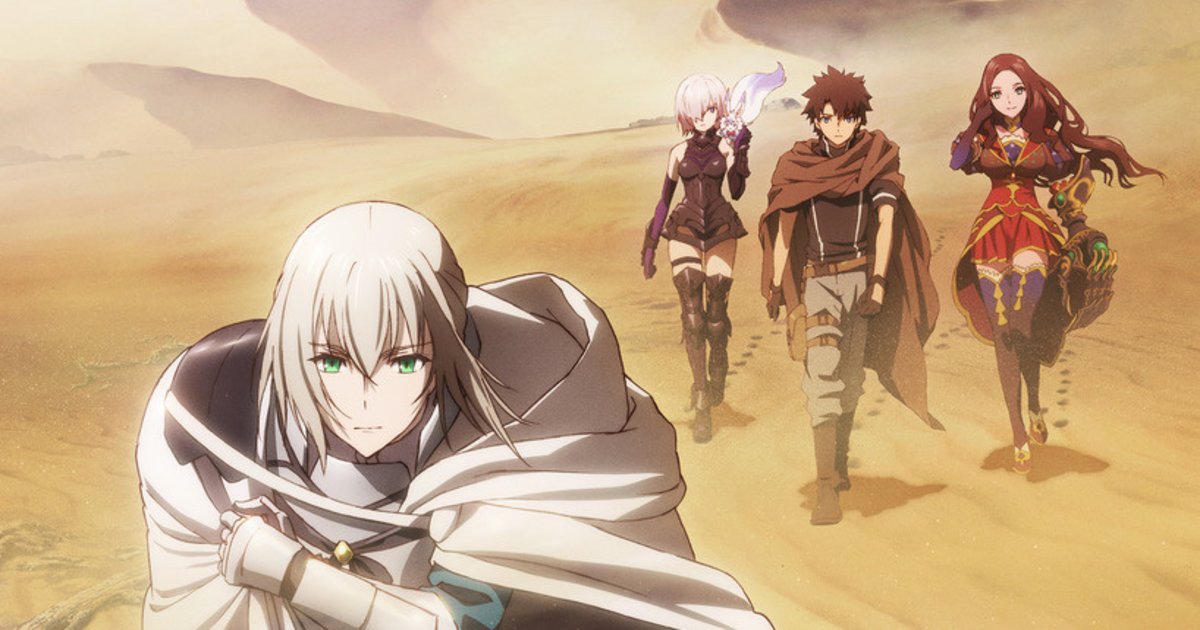 Both the key visual and trailer give fans another taste of the long journey that the main characters will have to endure, including Bedivere (played by Miyano Mamoru), Fujimaru RItsuka, Mash Kyrielight, and Da Vinci.

It was also announced that Suezawa Kei and Arai Kazuto will be directing the first and second films respectively, with a script by Kodachi Ukyo and character design by Hosoi Mieko, Kise Kazuchika, and Onsen Nakaya. Signal.MD and Production I.G will handle the animation.

Fate/Grand Order is a popular smartphone game inspired by Type-Moon‘s hit visual novel Fate/stay night. Adapting the Camelot act of the game, the movie will be released in two parts: Wandering; Agateram and Paladin; Agateram.