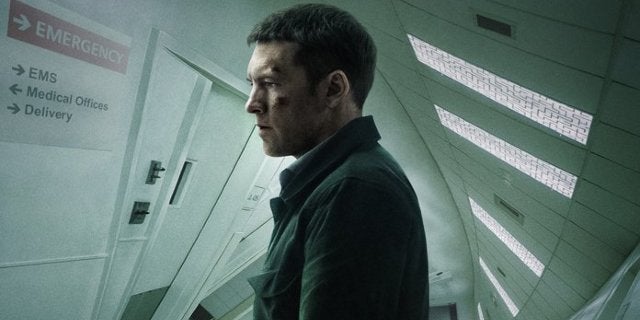 Netflix is continuing its trend of finding filmmakers who fly just below the radar to deliver the streaming service compelling and creepy films, with Session 9 director Brad Anderson tapping Avatar‘s Sam Worthington to give us Fractured, whose trailer has debuted above. The film is one of many original projects that Netflix will be delivering audiences in October, making for perfect seasonal viewing opportunities. Fractured was written by Alan B. McElroy, who has previously written entries in the Halloween and Wrong Turn franchises, in addition to 1997’s Spawn. Check out the trailer for Fractured above before the film debuts on October 11th.

In the film, “Driving home after a tense holiday weekend with his in-laws, Ray Monroe (Sam Worthington), a well-meaning but overwhelmed family man, pulls into a rest area with his wife Joanne (Lily Rabe) and daughter Peri (Lucy Capri). The trip takes a turn for the worse when Peri is hurt in an accident and the family rushes to a nearby emergency room run by a staff with dubious intentions. After being sent away for further testing Peri and Joanne vanish and all records of their visit disappear. Ray’s concern turns into a desperate race to find his family and discover the truth of what happened to them.”

Anderson’s Session 9 might have had a lackluster theatrical release, landing in theaters in 2001 and falling short of earning $400,000 during its release, but in the nearly two decades since its debut, the horror community has embraced the film strongly. The timing of the film’s release on home video, at a time when VHS was losing the battle to DVD, made it difficult for fans to obtain copies of the film, but it ultimately earned a Blu-ray release in 2016, allowing the masses to enjoy it.

This is only one of many original horror offerings coming to the streaming service in October, which will also include In the Shadow of the Moon, Eli, and Rattlesnake. Another film fans are looking forward to is In the Tall Grass, an adaptation of the story from Stephen King and Joe Hill.

In the adaptation, “When siblings Becky and Cal hear the cries of a young boy lost within a field of tall grass, they venture in to rescue him, only to become ensnared themselves by a sinister force that quickly disorients and separates them. Cut off from the world and unable to escape the field’s tightening grip, they soon discover that the only thing worse than getting lost is being found.”

Check out Fractured on October 11th.

Are you looking forward to the new film? Let us know in the comments below or hit up @TheWolfman on Twitter to talk all things horror and Star Wars!