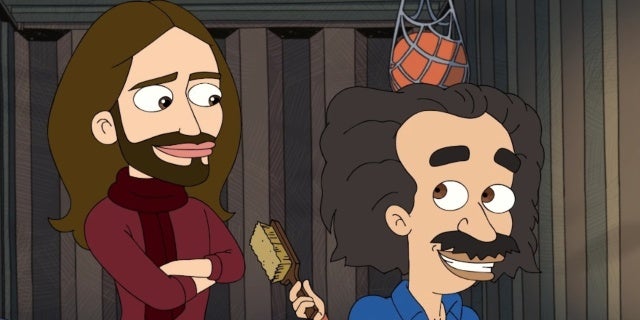 The most hormonal show on Netflix is finally returning for its highly-anticipated third season. Big Mouth, the animated series dedicated to puberty and all of its horrible wonders, is coming back to Netflix with brand new episodes on October 4th but you don’t have to wait that long to get your first glimpse at the mayhem Season 3 has in store. Netflix unveiled the official trailer for Big Mouth Season 3 on Tuesday morning and it’s every bit as outrageous as you’d expect.

Beginning with a game show all about your private time and ending with a look at an entire Queer Eye-centric episode featuring the voices of the Emmy-winning reality TV series, this trailer shows us just how wild things are about to get on Big Mouth in Season 3. You can watch it in full in the video above!

The new installment of Big Mouth continues the story from Season 2, following Nick, Andrew, Jessie, and all of their friends as they navigate the difficulties of middle school life and puberty. This season will also introduce a few new characters to the mix, including a Missy’s Hormone Mistress and a new student that shakes up the chemistry of the entire school.

“In Season 3, Big Mouth focuses on what’s like to be going through puberty now. The show continues exploring human sexuality and everything around it, tackling issues such as cell phone addiction, female anger, the vast spectrum of sexuality, Adderall abuse, dick pics, toxic masculinity, and of course ‘how to have an orgasm.’ As the end of seventh grade rapidly approaches, Thandie Newton shakes things up as Missy’s new Hormone Monstress, and Ali Wong joins the cast as a new student who makes everyone at Bridgeton Middle question their sexuality. The season culminates with a superhero showdown that brings long simmering tensions to a head and tests even the strongest friendships.”

Ahead of the launch of Season 3, Netflix renewed Big Mouth for three additional seasons.

Are you looking forward to Big Mouth‘s Netflix return? What did you think of the trailer? Let us know in the comments!

Big Mouth Season 3 is set to debut on October 4th. The first two seasons are currently streaming on Netflix.