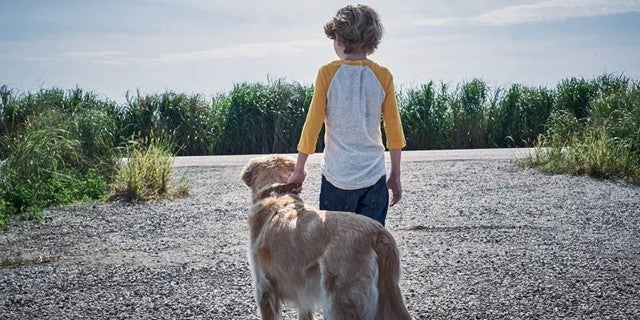 Grass usually isn’t considered to be a scary thing, but that will probably change next month when Netflix releases the new horror film In the Tall Grass. The streaming service has been all in on adapting some of the lesser-known, underrated works of author Stephen King, and In the Tall Grass falls into that category. King wrote the novella with his son and fellow horror writer Joe Hill. Of course, like every other King property as of late, In the Tall Grass has been turned into a feature film, and it looks absolutely terrifying.

Netflix unveiled the first trailer for In the Tall Grass on Tuesday morning, setting the stage for a twisted story of death and despair. The movie centers around a group of people who find themselves lost in a field of tall grass near a farm, only to realize that they have been somehow trapped inside. Though they can’t find each other in the field, something is certainly looking for them. You can watch the full trailer in the video above!

Here’s Netflix’s official synopsis for In the Tall Grass:

“When siblings Becky and Cal hear the cries of a young boy lost within a field of tall grass, they venture in to rescue him, only to become ensnared themselves by a sinister force that quickly disorients and separates them. Cut off from the world and unable to escape the field’s tightening grip, they soon discover that the only thing worse than getting lost is being found. Based on the novella by Stephen King and Joe Hill.”

In the Tall Grass is written and directed by Vincenzo Natali, who will also direct multiple episodes of Netflix’s Locke & Key series, which is an adaptation of the graphic novel from Joe Hill and Gabriel Rodriguez. The film is produced by Steven Hobbs, Mark Smith, Jimmy Miller, and M. Riley.

What did you think of the In the Tall Grass trailer? Are you looking forward to Stephen King’s latest adaptation? Let us know in the comments!

In the Tall Grass is set to arrive on October 4th as part of the Netflix and Chills horror event celebrating Halloween.