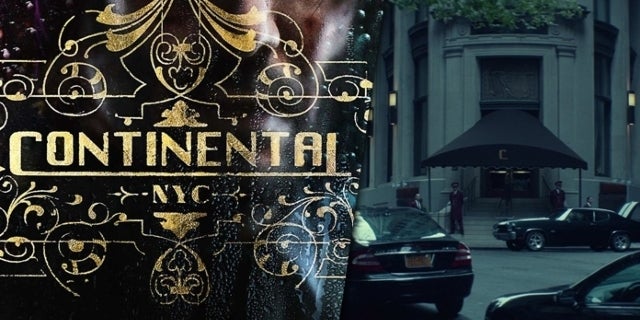 There’s at least one more person checking in to The Continental. Saturday night, Preacher alum Susan Hurwitz Arneson tweeted she’d be joining the writer’s room for the upcoming Starz series. Though details remain mum on the upcoming John Wick spinoff, the fact the network is assembling a writer’s room is reassuring news for fans hoping to eventually see the series materialize.

In addition to her time on Preacher, Arneson also spent time in the writer’s room for Amazon’s The Tick relaunch. Some of her earliest work came on Comedy Central’s South Park, where she served as a consultant for over 80 episodes, including “Jewpacabra,” “Eek, a Penis!,” “Major Boobage,” and the three “Imaginationland” episodes.

Deals closed. It’s official. Next show is The Continental. I am stepping into the world of John Wick and I couldn’t be more thrilled and excited!! Even if I am a cat person. pic.twitter.com/rCuBb4oxQ8

Just last week we spoke with John Wick: Chapter 3 star Mark Dacascos, who admitted he hopes to be in the series since it’s a prequel and all. “I’m in close contact with Chad [Stahelski] and there’s been nothing formal regarding the series, but I’m hoping that will change,” the martial artist confirmed with us.

Even if he doesn’t show up in the series, Dacascos firmly believes his character Zero could have made it through his apparently mortal wounding in the closing moments of Parabellum.

“In terms of Zero’s supposed demise, I think that with Zero’s training, being able to slow down his heart rate, stop his pulse or slow down his pulse and with the Chinese and Japanese herbal medicines and all that, I think it’s quite possible that Zero caught his breath,” Dacascos admits. “That’s what I think. Because I think when Zero says, ‘Just let me catch my breath,’ I don’t think that’s meant as a funny.”

“The Continental will be way earlier in the history of the series,” Hirsch said at the network’s TCA presentation. “It will be a fresh look at The Continental as the hotel and how that came into the being of John Wick. It’s way back in terms of the timing.”

What are you hoping to see out of The Continental? What John Wick stars do you hope appear in the prequel series? Share your thoughts in the comments below or by tweeting me at @AdamBarnhardt!