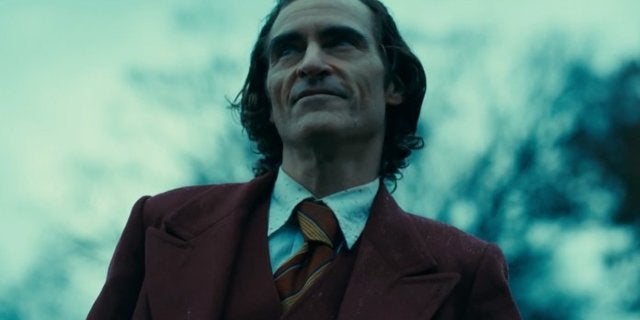 Rotten Tomatoes is meant to be a helpful system to quickly see what critics are saying about a movie or TV show, but some movie fans who take the service too seriously have crafted all manner of conspiracies about the site itself having its own agenda, the most recent example of which is a mediocre review for Joker being deemed “Rotten,” while Marvel films with the same rating from the same critic are considered “Fresh.” The simple explanation for this is that art is subjective and ratings systems like these are useless, as they remove all nuance from the discourse surrounding film, though some fans think this is confirmation of Rotten Tomatoes having a bias.

The above tweet notes that critic Nicholas Barber, who reviewed Joker for BBC.com, gave the film three stars out of five, which is deemed Rotten on the site. However, Barber also gave Spider-Man: Far From Home a three stars, which is considered Fresh on the site.

What complicates matters is that Barber himself claims that he isn’t responsible for deciding between the Fresh or Rotten distinction.

No idea! I suppose someone at Rotten Tomatoes makes the call, but I don’t know.

When a critic uses Rotten Tomatoes to add their review for a film or TV show, they are offered the opportunity to determine whether the film is Fresh or Rotten, while also including the rating it was given in the published review. Neither Fresh nor Rotten is the default selection through these publishing tools, with either of the two ratings having to be selected to contribute the review.

It’s also worth noting that this isn’t the first time Barber, or any other critic, has given films the same numerical value, only for the Fresh/Rotten binary to offer conflicting reports.

The above information confirms that Barber gave both Mission: Impossible – Fallout and Jurassic World: Fallen Kingdom a three stars, with Fallout being deemed Rotten and Fallen Kingdom being deemed Fresh. Based on the conspiracy theorists who think there’s an agenda against Joker on behalf of Rotten Tomatoes, this information would also mean there’s a bias against Mission: Impossible, despite it having 97% positive reviews.

Another point worth noting is that BBC.com‘s lowest rating is one star, with its highest rating being five stars, and with no half stars. This means that three stars is the exact midpoint of the scale, with it being possible that the quality of a film could be mediocre, though the overall experience could leave the critic with a slightly positive or slightly negative experience.

Ultimately, all of this information confirms that there is no conspiracy against Joker, Rotten Tomatoes doesn’t have a bias, and critical analysis of films shouldn’t be deduced to a binary rating but should also account for nuance in explaining a film’s strengths and weaknesses. However, with Joker having debuted to strong ratings initially on Rotten Tomatoes, only for subsequent screenings and ratings to drag its overall rating down, some fans think a conspiracy is responsible, as opposed to a broad spectrum of opinions about the film.