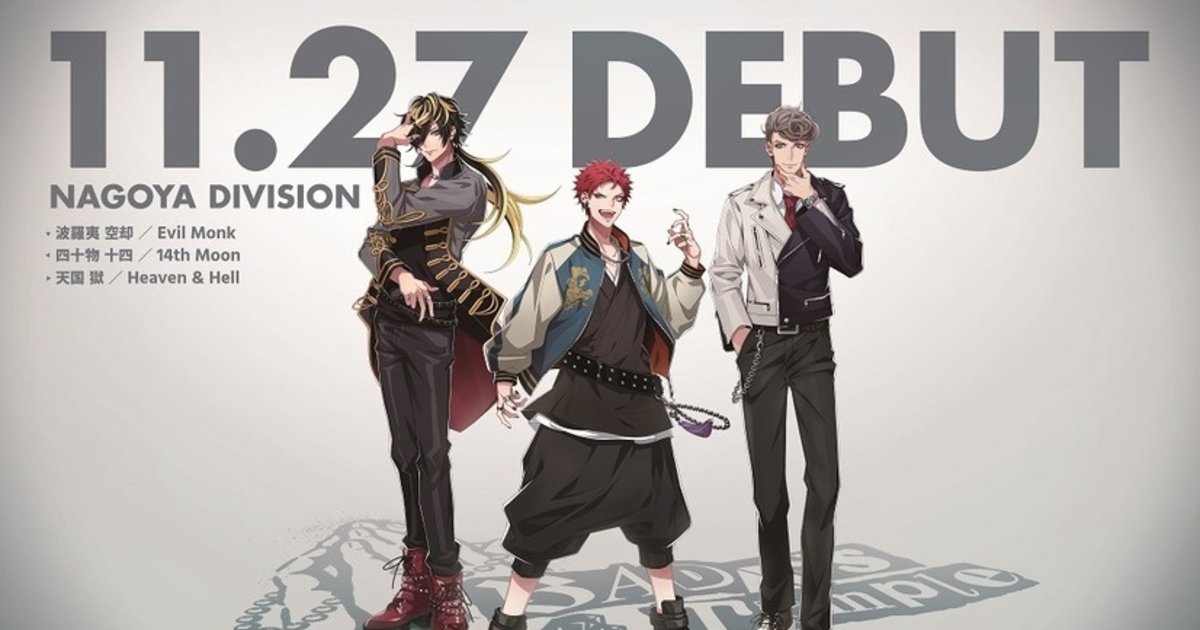 Following the announcement of a fifth unit representing the Osaka division, rap project Hypnosis Mic has confirmed that it’s adding a sixth, this time hailing from the Nagoya Division!

Hypnosis Mic is a popular franchise set in a world where war is waged not with weapons, but words. At the project’s beginning in Sept. 2017, it focussed on four main units named Buster Bros!!!, MAD TRIGGER CREW, Fling Posse, and Matenrou, each controlling and fighting for their own territory.

In addition to the new units, the franchise has also announced its biggest concert to date, which will take place at Tokorozawa’s MetLife Dome on March 28 and 29, 2020. An application form for advance tickets will be bundled with the upcoming CDs for the new Osaka and Nagoya units.