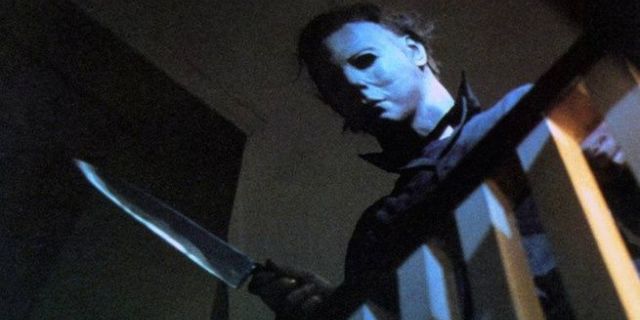 One of the biggest theatrical hits of last fall was the sequel Halloween, with a sequel to that film currently in the works, though fans can still check out the original 1978 Halloween in theaters beginning later this month and up through October 31st. Not only is the film making its return, but the digital print is a newly remastered restoration, which was supervised by cinematographer Dean Cundey. Whether you’re a devout fan of the franchise looking to check out the restored film or last year’s film inspired excitement in newcomers, seeing Halloween on the big screen provides an experience like no other. You can head to Cinelife Entertainment to find participating theaters near you.

Per press release, “In this original film, the villain, Michael Myers, has spent the last 15 years locked away inside a sanitarium under the care of child psychiatrist Dr. Sam Loomis. On October 30, 1978, Myers escapes and makes his way back home to Haddonfield, turning a night of tricks and treats into something much more sinister for three young women, including Laurie Strode, the star-making role for Jamie Lee Curtis.”

It adds, “Halloween premiered in cinemas and on drive-in screens on October 25, 1978, changing the landscape of horror cinema. It stunned audiences worldwide and has since inspired countless films in the genre. In 2006, it was selected by the Library of Congress to be preserved in the U.S. National Film Registry for its cultural significance.”

Despite the new restoration making the film feel like a new experience, actor Nick Castle previously noted that the improved lighting conditions could impact one of his favorite sequences.

“I just talked to [director] John [Carpenter] about this and he said he and the cameraman did a viewing of this [restoration],” Castle shared with Bloody Disgusting. “He was impressed with the sharpness. My question would be there is one scene that [director of photography] Dean [Cundey] had a great idea. Near the end, where Michael Myers is in the shadows, he actually dials up the light very, very slowly so that he starts to appear behind Jamie. It’s right before he tries to either stab her or choke her. And I just wonder if that will be seen too early. That’s, I guess, my one concern, other than the fact that I’d love to see it in this format.”

Will you be checking out the film on the big screen? Let us know in the comments below or hit up @TheWolfman on Twitter to talk all things horror and Star Wars!