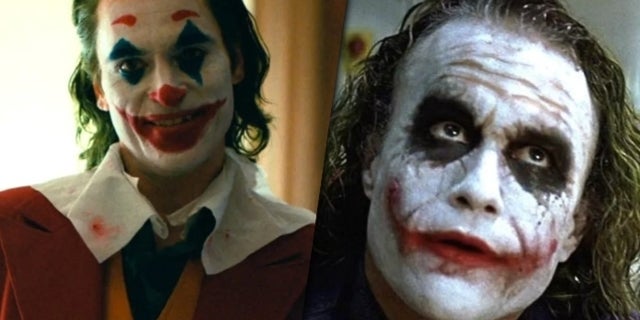 Heath Ledger’s Oscar-winning performance as Joker in Christopher Nolan’s The Dark Knight was a big role follow and Joker helmer Todd Phillips is well aware of that. Taking to the Toronto International Film Festival, Phillips admitted he wasn’t too nervous about following up the performance by comparing it to a Shakespearean play.

As Phillips points out, Ledger wasn’t the first to play the Crown Prince of Crown and Joker star Joaquin Phoenix won’t be the last to step into the role either. “No,” Phillips told Variety. “I mean, I love it but Jared Leto followed it and I loved that too. Jack Nicholson proceeded it and I loved that. In the states, comic books are our Shakespeare it seems. You can do many version of Hamlet and there will be many more versions of Jokers I’m sure in the future.”

Perhaps Phillips knew exactly what he was stepping into; regardless, the filmmaker can now take a quick sigh of relief after his take on the villain debuted to critical acclaim at the Venice Film Festival earlier this month. In fact, the movie ended up winning the top prize at the international festival, leading most to speculate on its Oscar worthiness as we inch closer to awards season.

As of this writing, the film has a solid 86 percent Fresh rating on Rotten Tomatoes with most critics applauding the movie’s take on social issues. Most dissenting opinions critique the movie’s take on mental illness, with some suggesting Phoenix’s take on the character will be divisive amongst most fans. ComicBook.com’s Brandon Davis rated it a perfect 5 out of 5, complimenting the scaled-back comic book tone.

“Joker is loaded with mystery on top of its numerous twists,” Davis says in his review. “By the time it ends, viewers will be left with several questions about the experience, some of which might be scarily directed at themselves. Phoenix’s Arthur laughs his way through terrible scenarios. For this, the actor demands an Oscar nomination it might not be the only nod this DC Comics movie earns. The cinematography, score, and direction create something unlike anything before it – -and it’s terrifying, thrilling, and moving.”

Will you be seeing Joker during its opening weekend in theaters? How much do you think it will end up making at the box office? Share your thoughts in the comments below!

Watchmen Showrunner Explains the Genesis of Hooded Justice’s Story in the HBO Series (Exclusive)
Evangelion: 3.0+1.0 Thrice Upon a Time Releases Second Teaser Trailer!
Rick and Morty Fans Can’t Believe Clone Beth Made a Comeback
Agents of SHIELD: All the Characters We Want to See Return in the Final Season
Attack on Titan Reveals Season 4 Trailer!