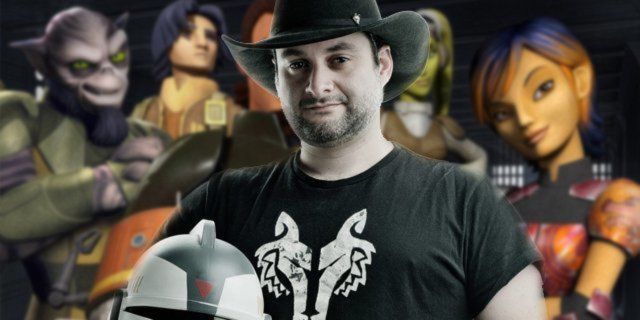 Dave Filoni has delivered Star Wars fans some of the saga’s best storytelling with Star Wars: The Clone Wars and Star Wars Rebels, with recent comments he has made leaving us to wonder if Star Wars: The Mandalorian could see the live-action debut of a character he created. While his comments about his work on the series don’t directly hint at such a debut, Filoni has years of experience sharing ambiguous remarks that lead towards fan speculation, so we can’t help but wonder if his wording could confirm what fans have been hoping to see for years. Star Wars: The Mandalorian debuts on Disney+ on November 12th.

“Having a character you wrote walk up and talk to you in full costume on a set that you imagined, that was a wonderful thing,” Filoni shared with Entertainment Weekly about his time on set.

Taken at face value, it’s possible these are innocuous comments about what it’s like to encounter Star Wars characters in the real world as opposed to developing them behind-the-scenes and have them featured in an animated adventure, but the specifics of his comments could be hinting at something even more exciting.

Fans have known Filoni was directing episodes of the series for quite some time, though it wasn’t previously confirmed that he had been writing on the project. In that regard, it’s possible that Filoni hasn’t written anything for The Mandalorian and was speaking about a different character from his career. Having written multiple episodes of Clone Wars and Rebels, it’s possible that the series will feature one of the characters he created for either of those series.

Both Clone Wars and Rebels took place before the events of Star Wars: A New Hope, so if a character from either of those series were to appear, they’d appear older than what we saw in the animated adventures, but we know that characters from both series survived through the events of Star Wars: Return of the Jedi, which would make it possible for a number of them to appear in a believable way.

After the stories of Jango and Boba Fett, another warrior emerges in the Star Wars universe. The Mandalorian is set after the fall of the Empire and before the emergence of the First Order. We follow the travails of a lone gunfighter in the outer reaches of the galaxy far from the authority of the New Republic.

Star Wars: The Mandalorian debuts on Disney+ on November 12th.

What do you make of Filoni’s remarks? Let us know in the comments below or hit up @TheWolfman on Twitter to talk all things Star Wars and horror!