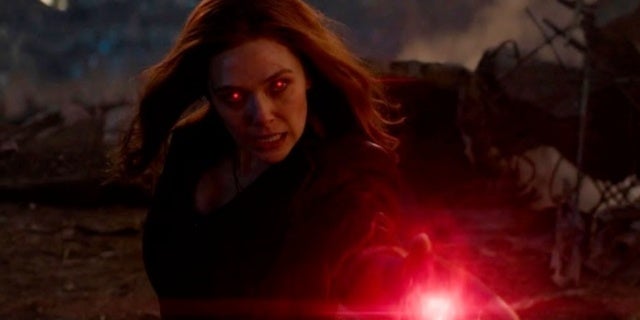 After appearing in films such as Avengers: Age of Ultron, Captain America: Civil War, and Avengers: Infinity War, it seems like the Marvel Cinematic Universe is ready to shine the spotlight on Elizabeth Olsen’s character Scarlet Witch. The character received an epic action moment in Avengers: Endgame, but now she’s set up to get some deep character exploration in future projects from Marvel Studios. The first of which will occur in WandaVision, a 6-episode Disney+ series that will see Wanda Maximoff seemingly resurrect her synthetic boyfriend Vision after his death in Avengers: Infinity War.

Scarlet Witch is typically portrayed as one of the most powerful heroes (or villain) in the pages of Marvel Comics, and it looks like the WandaVision show will finally tap into that well of potential. Olsen teased the show’s storyline during an interview with Entertainment Weekly when she revealed that this is the version of Scarlet Witch she’s always wanted to explore since she first took the role.

“Just from starting from Age of Ultron,” Olsen said, “the things that I’ve loved about the Scarlet Witch are things we’re getting to explore now. And I’m very nervous and excited about it in all the fun ways. But I think we finally get to go down some roads in comic books that are favorites and explore, and it’s going to be a wild ride.”

The show is being pitched as a combination of a Marvel Studios movie along with classic sitcoms from the ’60s and ’70s, which has made fans asked a ton of questions about what they can expect with the new series. Show writer Jac Schaeffer and director Matt Shakman teased what fans can expect when the series debuts.

“They are such an unusual pairing, right? He’s [Vision] not human but he’s more human than anyone, maybe,” Shakman explained. “He always has the best, most wise things to say. He completely sees the world for what it is. She’s gone through so much trauma. She’s lost her brother, she’s an orphan, and all these different things have happened to her.”

Shakman added, “I think we’ve all been quite taken by that union. It’s [WandaVision] is the exploration of that bizarre, strange, completely right kind of love and it’s about watching them explore their relationship and growing it.“

WandaVision is currently set to premiere on the Disney+ streaming service in Spring 2021.