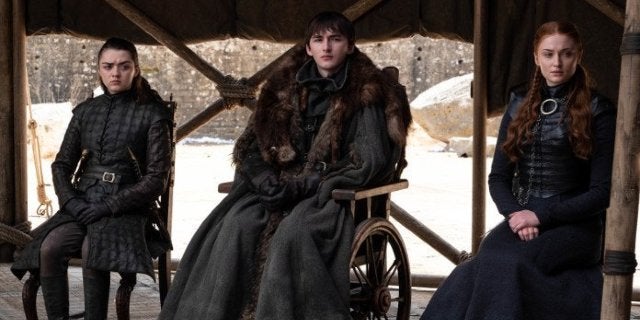 It seems the final season of HBO’s Game of Thrones may have been better-liked than the discourse surrounding it would suggest. A survey by market research and data analytics firm YouGov shows interesting stats on viewer response to Game of Thrones‘ ending.

YouGov conducted a survey of 2,475 adults over three days in August to measure and analyze what viewers think of all this year’s Emmy Award nominees. Game of Thrones broke its own Emmy record by scoring 32 nominations, a feat that surprised even the show’s creators. With that many nominations, YouGov natural put a lot of focus on the HBO fantasy drama.

How can that be true when the online discussion what dominated by how disappointed fans were with the season? Game of Thrones had an enormous viewership of over 10 million people. It’s possible that most of them don’t take part in those heated online discussions or share hot takes about each episode after it airs.

The survey says 18% of those polled claimed to have seen every episode of Game of Thrones. That’s the highest percentage scored by any of the other Emmy nominees scored. These stats taken with the others suggest another possibility, that it was those most invested in the series who were most disappointed with its ending.

When it comes to who should win this year’s Emmy for Outstanding Drama Series, 18% of those polled selected Game of Thrones. That’s more than any of the other nominees, though still less than the “I don’t know” option.

YouGov suggests the poll has a 3% margin of error. Less than 2,500 people is also a small sampling considering the show’s audience. Keep that in mind when weighing these findings.

Game of Thrones is one of eight nominees in the Outstanding Drama Series category at this year’s Emmy Awards. The others are Better Caul Saul, Bodyguard, Killing Eve, Ozark, Pose, Succession, and This Is Us. The Emmys airs Sunday, September 22nd at 8 p.m. ET on FOX.

What did you think of the final season of Game of Thrones? Let us know how you felt about it in the comments section.