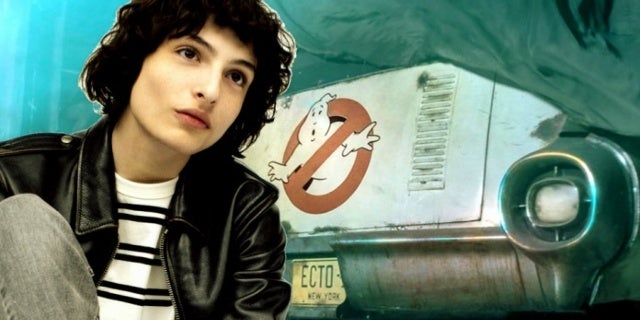 Wolfhard is joined by Mckenna Grace (Captain Marvel) and Carrie Coon (Avengers: Endgame), who play a small town family affected by something strange in their neighborhood. Grace’s 12-year-old character inspired writer-director Jason Reitman to develop the long-awaited third movie in the franchise launched by father Ivan in 1984.

“I didn’t know who she was, or why she popped into my head, but I saw her with a proton pack and this story began to form. And it formed over many years, actually,” Reitman said during Ghostbusters Fan Fest in June. “It started with a girl, and all of a sudden it was a family.”

Reitman also said at the event he scared up the perfect cast.

“Finn Wolfhard, what more can I say about Finn Wolfhard than who he already is? He’s perfect,” Reitman said. “It’s very hard for me to articulate right now because I can’t tell you anything about what the movie is about. There’s ghosts, there’s ghostbusting, it’s also very scary.”

Producer and franchise co-creator Dan Aykroyd, who is likely reprising his role as paranormal-obsessive Ray Stantz, said the threequel “will connect, better than anything, to the first movie,” adding the first and third films will be connected “in a way that hasn’t been done before.”