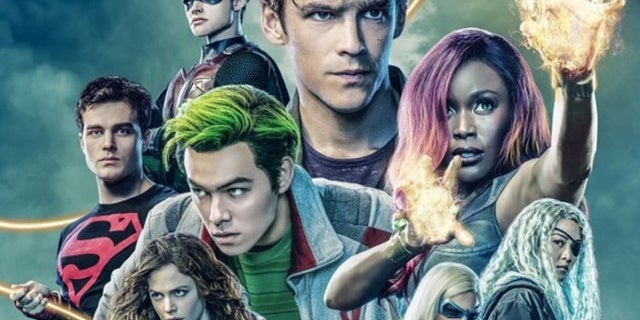 The flagship series from the DC Universe streaming service will finally return next week with the second season premiere of Titans, chronicling the journeys of Dick Grayson, Starfire, Raven, and Beast Boy as they come together while dealing with the tragic events of their pasts. And in the new episodes, that team will grow as the show promises to introduce Aqualad, Superboy, Krypto, Ravager, Jericho, Bruce Wayne, Deathstroke, and more, while also giving more prominent roles to characters such as Donna Troy and Jason Todd.

But there were a lot more characters mentioned in the first season, including Diana Prince AKA Wonder Woman and Batgirl AKA Barbara Gordon. I caught up with Titans showrunner Greg Walker to find out if there’s a possibility of these characters showing up in the future, and he provided some insight into the process he has to go through when dealing with Warner Bros. when he wants to bring in certain characters.

“You know what’s funny about this, is a lot of times we have to go and throw out ideas and names to our partners at DC and Warner Bros. to see who is clear and sometimes, you never realize that there may be a movie coming out three years from now that has a character,” said Walker. “So we have Brian Miller in the room, we have some really glorified comic personalities in there.

“They’ll throw out names and we’ll come up with a storyline, before we go too deep we have to call our partners at DC and they’ll be like ‘Ah no, that’s taken,’ or ‘No, no one thought about that,’ and Geoff Johns is a genius at that. I’ll leave it open that anything’s possible providing that we can make it through the DC, Warner Bros. matrix to get characters.”

So as Titans continues to explore the history of the DC Universe through these former sidekicks, it appears that there’s a chance for more characters to pop up in the future. Though this might not bode well for a possible Deathstroke movie because of the character appearing on the show, they are still allowed to use Bruce Wayne despite Robert Pattinson appearing in The Batman in the coming years.

It appears as if there’s a method to the madness when it comes to how Warner Bros. allows certain superheroes to appear on television and in movies, and Titans has done a great job in navigating the DC Universe thus far. Let’s hope they continue to get that opportunity moving forward.