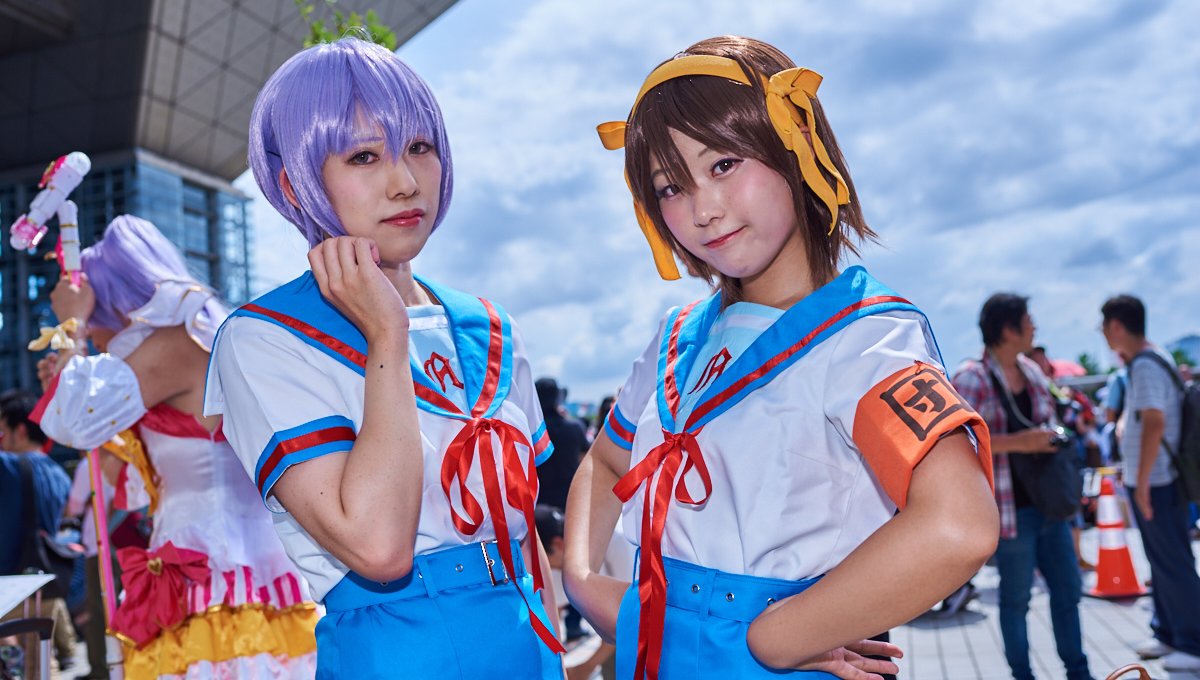 Comiket returned to Tokyo Big Sight for its 96th event from Aug. 9 to 12! The area occupied by this summer’s Comiket was slightly reduced due to preparations for the 2020 Tokyo Olympics, meaning that the event was held over four days (one longer than usual), and also charged an entry fee for the first time in its history. Despite these challenges, not to mention the 35 degree heat, tons of cosplayers gathered to show off their craft under the blazing sun. Let’s take a look!

Fate characters definitely remain a popular choice for cosplayers all around. One trend that was particularly apparent at this Comiket was swimsuit versions, especially of Jeanne D’Arc.

On the lighter side, being an event in the middle of Tokyo’s sweltering summer, it was the perfect weather for these manly outfits!

Meanwhile, others took a more, well, abstract approach. Take these cosplays of buildings (yup, buildings) that house the offices of the IDOLM@STER universe’s numerous idols!

Seeing as Comiket charged its first ever entry fee this year, there had to be that one guy cosplaying the entry wristband itself!

Of course, there was the usual selection of long-enduring favorites, with characters from all sorts of franchises like Fullmetal Alchemist, Kingdom Hearts, and so much more.

Comiket cosplayers evidently didn’t forget Western titles either, with quite a few familiar faces from Marvel and Harry Potter.

If you’re looking for a little more inspiration, make sure to check out even more fantastic photos from the weekend in the gallery below.

Partly due to it being held over 4 days, this summer’s Comiket saw over 730,000 attendees, its largest number so far. The increase in visitors plus change in venue made it a pretty hectic one, but thanks to thorough preparation, the event finished without incident.

The 2020 Olympics being held in Tokyo will similarly affect Comiket 97, which will also have an extra day, from Dec. 28 to 31. Not to mention, the date for C98, or next year’s summer Comiket, will be brought forward from August to May.

This is a Tokyo Otaku Mode original article.