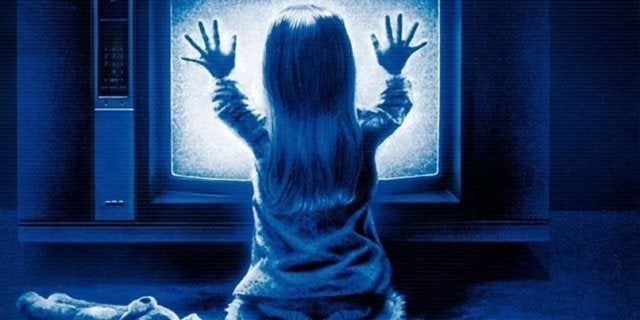 Rumors circulated earlier this year that Avengers: Endgame directors Joe and Anthony Russo could be developing a reboot of the 1982 film Poltergeist, with Joe now commenting that the duo has been considering adapting the concept into a TV series but that those conversations have seemingly stagnated. Reports of the adaptation came in response to the pair having made a deal with MGM Studios and their own AGBO Films label to serve as the “spiritual creative architects of some of the iconic properties in the MGM library.” While it’s possible that a Poltergeist reboot could still move forward, it doesn’t sound like it’s a priority.

Reports about the deal earlier this year included specific mention of a potential Poltergeist reboot, only for those articles to be scrubbed of those mentions, leaving fans to wonder if this was a specific request on behalf of the Russos or if the outlets merely included mentions of the property by mistake. News of the filmmakers reviving the project inspired a number of exciting reactions, as they aren’t known as horror filmmakers, but there is a large and passionate fan base for the franchise.

A reboot of the film landed in theaters in 2015 starring Sam Rockwell and Jared Harris, which only earned 31% positive reviews according to aggregator site Rotten Tomatoes and took in $95 million worldwide.

The original film was directed by Texas Chain Saw Massacre creator Tobe Hooper from a story imagined by Steven Spielberg. Despite not being the official director, Spielberg was heavily invested in the project and spent lots of time on set, but his commitments to E.T. the Extra-Terrestrial prevented him from receiving any directing credit on the endeavor.

Bringing together Spielberg and Hooper marked an impressive collaboration, which almost nearly included author Stephen King, who previously revealed a miscommunication prevented him from helping craft the film.

“It didn’t work out because it was before the internet and we had a communication breakdown,” King shared with Entertainment Weekly. “I was on a ship going across the Atlantic to En­gland.”

Spielberg confirmed this anecdote, admitting, “I wanted him to help me out with the script and sort of write it with me, but he was unavailable.”

Stay tuned for details on the possible future of Poltergeist.

Would you like to see the franchise turn into a TV series? Let us know in the comments below or hit up @TheWolfman on Twitter to talk all things horror and Star Wars!