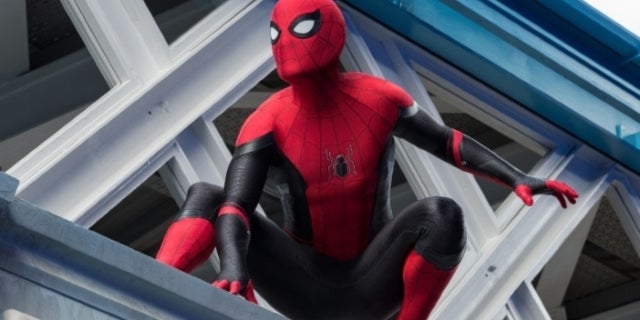 Spider-Man’s days in the Marvel Cinematic Universe could be numbered, and the question of where to go next hangs over the entire franchise. One Marvel fan has some great ideas for where to take the Web-Slinger next. A fan named Jaron Ikner’s plans for a third film that both honor the developments in Spider-Man: Homecoming and Spider-Man: Far From Home.

Ikner’s entire scenario branches off from the post-credits scene in Far From Home where the entire world now knows that Peter Parker is Spider-Man. Happy Hogan sends Aunt May and Peter into hiding and they take on different identities. One small shout out to the Scarlet Spider later, our hero is fighting crime in his new neighborhood. The government dispatches a slightly tweaked version of Kraven the Hunter after the Wall-Crawler.

I would totally watch this.

Kraven is motivated by both a large cash reward and his new birthplace of Sokovia. This whole scenario allows the movie to riff on The Fugitive as Peter tries to elude his newest enemy. In the end, he proves his innocence, and takes a job with the government to handle dangerous criminals. His first mission would be dealing with Tom Hardy’s Venom and that lets the franchise go in any number of directions.

You have to give Ikner some serious props for how watertight the entire concept seems to be. Nobody knows what Kevin Feige and crew had planned for Spider-Man’s third outing in the MCU, but chances are it was something that would have put the character in unknown territory. There have been rumors of Holland meeting up with Hardy’s antihero for over a year now, it might really happen now.

Tom Holland holds both Spider-Man: Homecoming and Far From Home pretty close to his heart. He says the third film mirrors his personal journey even more than the previous two films. The star talked about how his life had changed since accepting the role during an appearance at Keystone Comic Con in Philadelphia. Speaking directly to fans while these negotioations are still being hashed out must be difficult.

“The films have kind of like mirrored my life in a really, really weird and deep way,” Holland told the crowd at Keystone Comic Con, “The first film was about me wanting to step up and become an Avenger, and then that happened, it came out, and my life changed. My life totally changed.”

He said, “You know, being famous and growing up in the spotlight is kind of tough, and comes with its own set of challenges,” Holland continued. “So the second film, ‘I don’t know if this is who I want to be,’ and then by the end, I was like, ‘I’ve found where I belong,’ which is here with all you guys.”

“It’s interesting, in the third film… I don’t want to talk too much about what it will be about,” Holland added. “There’s another deep connection to the next one for me which will be really cool to bring to life.”