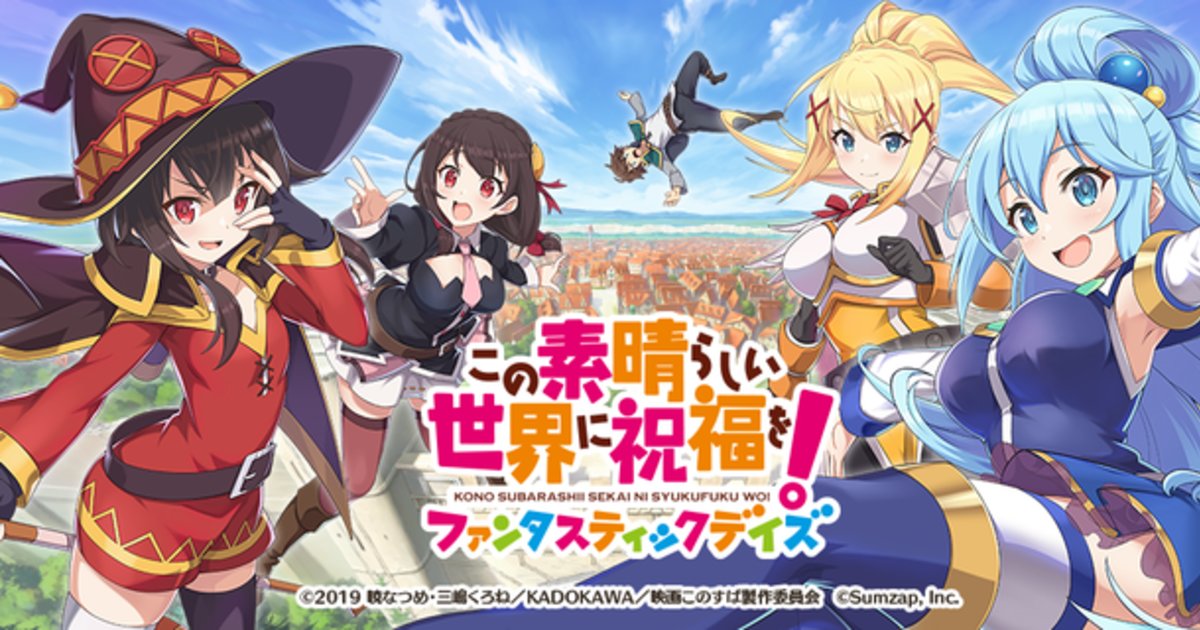 KonoSuba is about to release its very first smartphone game!

The game is holding a campaign ahead of its launch, in which fans who pre-register can get their hands on a series of in-game bonus items.

Fans will also be able to get their hands on physical prizes by following the official Twitter and retweeting the appropriate Tweets. Three posters signed by the show’s four main voice actors, Fukushima Jun, Amamiya Sora, Takahashi Rie, and Kayano Ai are up for grabs.

KonoSuba: Fantastic Days is set to launch for iOS and Android this winter.