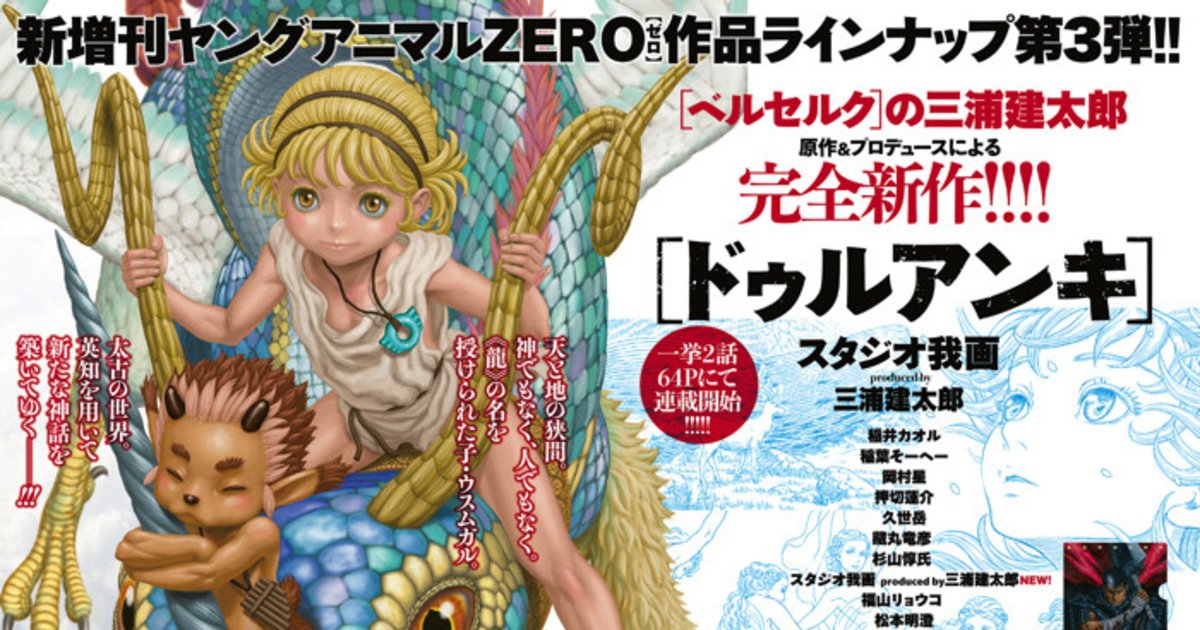 Berserk author Miura Kentarou is set to produce a new manga based on his original story, titled Duranki!

Duranki will run in new manga magazine Young Animal Zero, the sister magazine to Young Animal, which ran Berserk. It will publish its first issue on Sept. 9, which will contain the first two chapters of Duranki.

Miura’s new series will revolve around Usmugar, a child with a dragon’s name who is neither human nor god.

Duranki will hit the shelves in issue one of Young Animal Zero on Sept. 9.