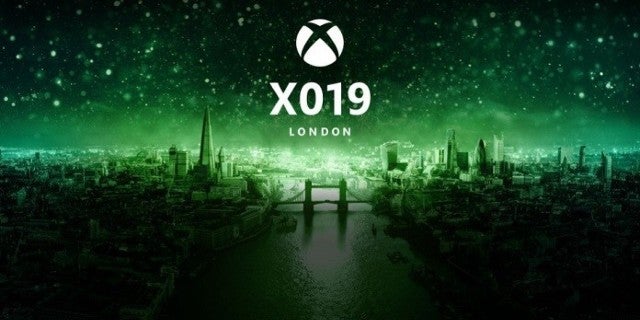 With Microsoft big showing during Gamescom happening just earlier this week, the company is already looking ahead to its plans for the upcoming X019 event in November. The Xbox-centered event is heading to London this year following its appearance in Mexico in 2018 with Microsoft also streaming this event for viewers worldwide. It’s an event that’ll consist of “a lot of surprises,” according to Xbox’s games marketing general manager Aaron Greenberg.

Greenberg spoke to Twinfinite in the midst of Microsoft’s Gamescom proceedings and looked ahead to the X019 event that’ll take place from November 14th to November 16th in London. The three-day celebration will consist of fan events and gameplay reveals along with some surprises wrapped up into the biggest Inside Xbox Show of the year.

Greenberg elaborated on the comments to a degree to confirm that those who tune into the event will indeed glimpse some games that they’ve never seen before. He added that he hopes this event provides Xbox fans who attend it with events they’ll never forget, but when pressed for more details about what would be seen there, Greenberg wasn’t giving any hints.

“We have some surprises planned, I’ll just leave it at that,” Greenberg continued. “But yeah, I think that we’ll have a great show. We also have a lot of games coming out in the spring, It’s I think the biggest lineup of games we’re ever had in the spring. In that window of time between XO and E3, we have a lot of stuff to show, and people can get hands-with it and talk about it.”

If you think gamescom is big, just wait. Get ready for “the biggest Inside Xbox show of the year” at X019!

Greenberg was featured previously in the video above which was shared from the official Xbox Twitter account and included some insights into the general plans for X019. For those interested in attending the event or tuning in, you can find more information on that here.

On today’s episode, we’re breaking down the abilities of Galarian Weezing and who could change the landscape of competitive Pokemon play FOREVER. We’re also talking big Pokemon GO news and V Cards? They’re not what you think! Make sure to subscribe now to never miss an episode!