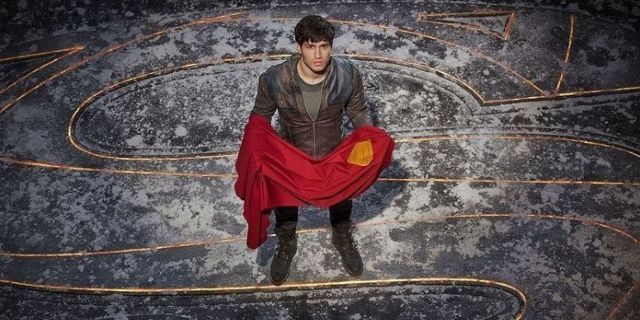 On Friday, Syfy announced that it would not renew the Superman prequel television series Krypton for a third season. The cable network also passed on the Lobo spinoff series. Now fans of the series are rallying to “save Krypton.” That includes what is now standard practice for these kinds of campaigns, a petition on Change.org.

The description of the “Save Krypton” petition on Change.org reads: “Recently, SyFy’s ‘Krypton’ got canceled, together with its unreleased spin-off ‘Lobo’. Any fan of this show can say that this cancelation is unfair and that this show should’ve had 7 seasons (like originally planned by the writers). Please help us renew the show.”

The petition has more than 100 signatures. Here are some of the reasons for signing provided by signees:

“Krypton is genuinely a sparkling gem of a show, and I was absolutely devastated upon learning Syfy did not renew it for a third season, and still am,” writes Wade Gittleson. “I implore everyone to sign this petition, even if you havent seen the show, to help those who have seen it and are dying for it to get renewed at the very least. Krypton had such potential and if it remains cancelled, the tragedy will be unparalleled.”

“Watched the show since the start. Just saw news disappointed,” writes Clara Powell. :Good for what it was. if The CW won’t go for it maybe NBC, ABC, CBS, or FOX will. Assuming does continue in some form will most likely be on DC universe since EVERYTHING is going to STREAMING nowadays: TV, movies, and anime / cartoons. The ERA of cable is dying slowly.”

“After SYFY cancelled the expanse there was a giant petition that got it saved,” writes Matthew Fortner. “Once I heard Krypton was cancelled I hoped there would be something similar. It’s a long shot, but its a shot worth saving #SaveKrypton”

According to Syfy’s synopsis, “Set two generations before the destruction of the legendary Man of Steel’s home planet, Krypton follows Superman’s grandfather (Cameron Cuffe, The Halcyon) — whose House of El was ostracized and shamed — as he fights to redeem his family’s honor and save his beloved world from chaos.”

Do you think Krypton can be saved? Let us know in the comments.