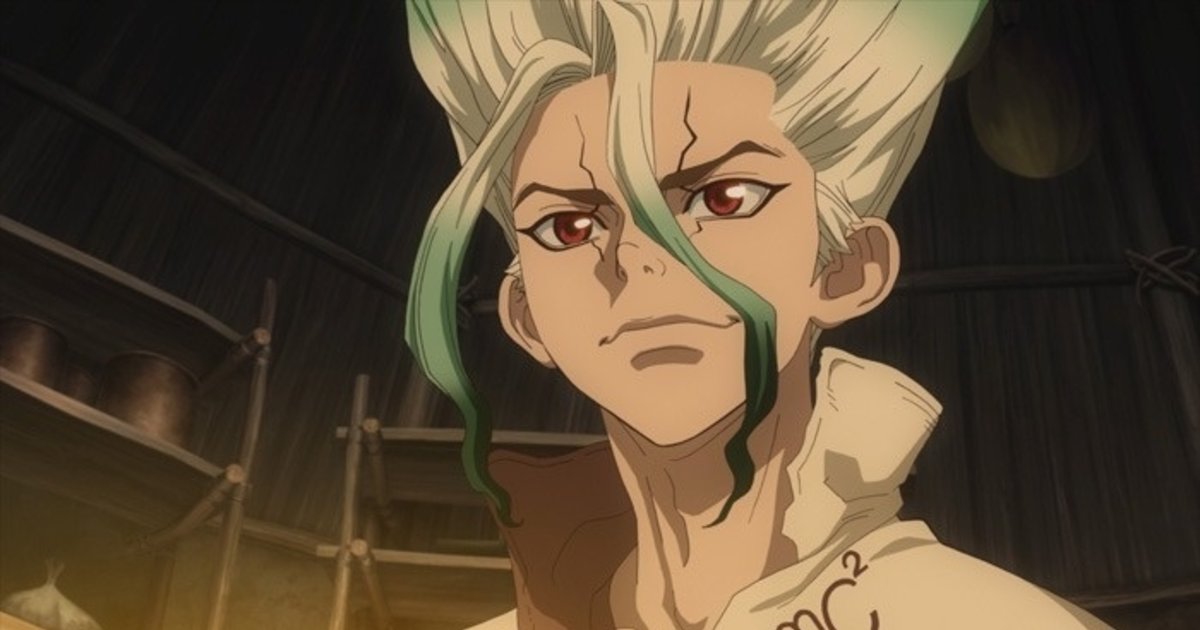 Dr. Stone has released a trailer that teases its upcoming “Village Arc”, featuring several of the characters who live there.

Inspired by Inagaki Riichiro and Boichi’s manga, which is currently running in Weekly Shonen Jump, the anime takes place in a world where humanity has been mysteriously turned to stone. Genius boy scientist Senku and his best friend Taiju wake up thousands of years later and vow to put the world back the way it was before.

In the just released trailer, Senku discovers a mysterious village where he meets a young woman, Kohaku, a boy, Chrome, a pair of brother guards, Kinro and Ginro, a woman with a watermelon hat, Suika, craftsman Kaseki, Kohaku’s miko sister Ruri, and a strange mentalist, Asagiri Gen.

Dr. Stone will begins its new arc in episode seven, broadcast on Aug. 16.