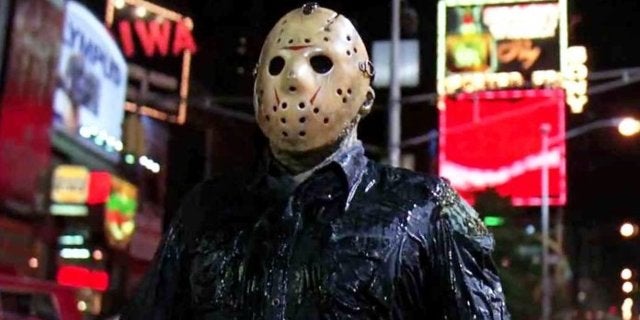 The Friday the 13th franchise launched in 1980 and, over the course of 12 films, has seen killer Jason Voorhees engage in all sorts of adventures. Whether he be in the woods or in the city, in outer space or going head to head with A Nightmare on Elm Street‘s Freddy Krueger, audiences are wondering what a potential new film could explore that would offer surprises for longtime fans of the franchise. One of the biggest fans of the series, star Kane Hodder who played Jason in four films, also hopes to see the series break some new ground, revealing that he would hope a sequel would start seeing the return of familiar characters.

“I just think that when they do do a 13th one, it certainly couldn’t hurt to bring me back as Jason, unless it’s in 20 years, maybe,” Hodder revealed to ComicBook.com. “But it certainly couldn’t hurt the success of the movie, I don’t think, having the only person that’s played the role more than once to come back for the final one. I think that part would be interesting, but I’d like to see, if, in fact, they say this is the final one, I’d like to see some of the characters that survived come back, like Corey Feldman’s character (Tommy Jarvis), and somehow written into the story why they’re back. It could be an interesting storyline, having people that survived Jason come back. ‘Oh, I remember that girl’ or, ‘I remember that guy from previous movies and they never got killed.’ I think it could be an interesting storyline.”

Some horror franchises find success by featuring the return of both heroes and villains for multiple outings, yet Friday the 13th rarely sees characters return, due in large part to the prevailing mythology focusing on Jason instead of a film’s protagonists. Jarvis, however, appeared in three films. With the franchise currently in the middle of a lengthy legal battle, we might not be seeing any new film in the near future, but Hodder pointed out a recent project allowed for a mini Friday reunion.

“So many lifetime horror fans that have watched every Friday movie, I think it’d be fun for them to see faces they recognize,” Hodder pointed out. “For instance, I just did a film called 13 Fanboy where I played myself in it and it’s an interesting story, but almost all of my scenes were with an actress named Jennifer Banko. In the film, she basically plays someone very close to me and, I’m not sure if I should say, but I’m injured at one point and not doing well and I’m kind of laying in her arms and we have some really emotional scenes. But she played young Tina in [Friday the 13th] Part VII [: The New Blood].”

He continued, “In flashbacks, when Tina was a little girl, I think Jennifer was like nine or 10 years old in the movie with her telekinetic powers when she was a little girl. I think that’s going to be interesting for that film to see her come back, even though she’s a different character, just to see her and I working together again. I really think it’d be an interesting way to bring the horror fans some kind of closure with this series to have me come back one more time and people that survived.”

As the legal battles for the franchise wage on, it’s unclear when, or if, we’ll ever get a 13th Friday the 13th film, but you can stay up to date with all of Hodder’s latest projects on his official Facebook page.

What do you think of Hodder’s idea? Let us know in the comments below or hit up @TheWolfman on Twitter to talk all things horror and Star Wars!