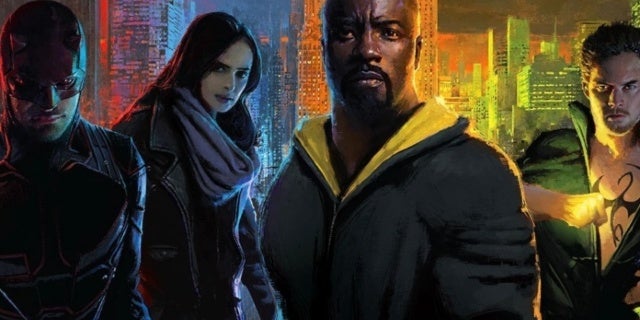 Marvel Television chief Jeph Loeb admits the small screen producers were “blindsided” by Netflix’s decision to cancel its crop of connected Marvel shows, including The Defenders and Daredevil.

The “hardest part” of the Netflix situation is one Loeb “really can’t go into other than to say that we were blindsided,” Loeb told Deadline, adding “the things that were to come weren’t finished yet.”

“We weren’t ready to announce that, so there was this space in between it, so it did look like maybe we were going to go out,” Loeb said. “Then suddenly, we were arising again like the Phoenix.”

Before the plug was pulled, Loeb said Marvel had “an idea” for at least three more seasons of Daredevil.

Marvel Television has since lined up numerous television shows at Disney-controlled Hulu, including a live-action Agents of S.H.I.E.L.D. spinoff centered on Ghost Rider (Gabriel Luna) and adult-oriented cartoon Howard the Duck.

Loeb acknowledges the comeback narrative is a good one, but “not while you’re in it.”

“The truth of the matter is, we were on this thing where we said, oh wait, the bumper fell off the car, but the car’s still going, but we couldn’t discuss any of that. So, in the end, however history’s going to remember the story, all that’s important to us is that we had an opportunity to change television by putting together four heroes, who then joined together in a group, and people have talked about it like this is unprecedented,” Loeb said.

CHILDREN OF THE ATOM Expands DAWN OF X This April
Made in Abyss to Get Sequel Anime!
Marvel’s The Eternals to Film Big Action Sequence in London This Week
Here’s How Supergirl’s World Has Changed Post-Crisis on Infinite Earths
My Hero Academia Releases School Festival Poster and PV!