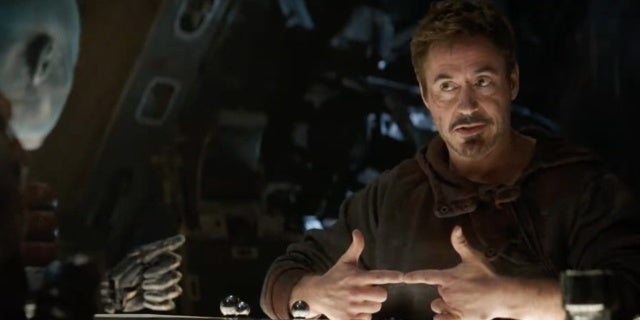 Avengers: Endgame kicked off with a harrowing reminder of the Snap from the previous movie, showing Hawkeye being left alive while is family is obliterated with his back turned. But then the movie has to deal with the matter of Tony Stark and Nebula stranded in space, showing the two bond while Iron Man clings to life as they wait for rescue.

In this moment, we get to see a humorous game of paper football as Tony shows Nebula the intricacies of flicking a piece of folded paper back and forth until one can claim victory. One Avengers: Endgame fan noticed that this sets up a pivotal moment in the eventual Time Heist, one that shows a bit of teamwork between Ant-Man and Iron Man.

You never know when useless life skills may come in handy! from r/marvelstudios

As you can see, this is a clever reference to the beginning of the films as Tony is required to use his accuracy to get Ant-Man onto the past version of Iron Man in hopes of stealing the Tesseract. While this action is successful, their overall plan is thrown off when the Hulk’s use of the stairs knocks everything out of place.

The Tesseract is lost to Loki, who takes it so he can star in his own Disney+ series, and the Avengers are forced to improvise. While it doesn’t start as a huge success, it does allow Tony Stark to get some closure in his last adventure in the Marvel Cinematic Universe.

Robert Downey Jr. has been a fixture for Marvel Studios since his first appearance in the 2008 movie Iron Man. And now that his time is up, it’s hard to imagine what the future will look like without him.

Marvel Studios President Kevin Feige recently spoke about how he had to break the idea to Downey that Iron Man would possibly be killed, leading up to the arc established in his final three appearances in the franchise.

“I remember pitching that to Robert Downey Jr. probably in December of 2015, I think,” Feige said during a Q&A with Empire Magazine. “I pitched him the idea of the two-part finale for Avengers and Spider-Man: Homecoming, which was a part of that leading into it. It took a little while, but eventually it came together. I think at first it doesn’t seem real that this journey will come to an end. But as it got closer to filming, it really was emotional for all of us, and particularly for him.”

Avengers: Endgame is now available on Digital HD and will be released on Blu-ray and DVD on August 13th.

The Witcher’s Ciri Explains How She Prepared for the Brutal Nilfgaard Invasion Scene
JOE HILL Brings STUART IMMONEN Into the Deep Waters of Horror with DC’s PLUNGE
Digimon Reboot Anime to Bring Taichi and the Crew Back on New Adventures!
Captain America Fans Furious They Gave Steve’s Shield to US Agent
10 Female Directors Who Could Direct Captain Marvel 2