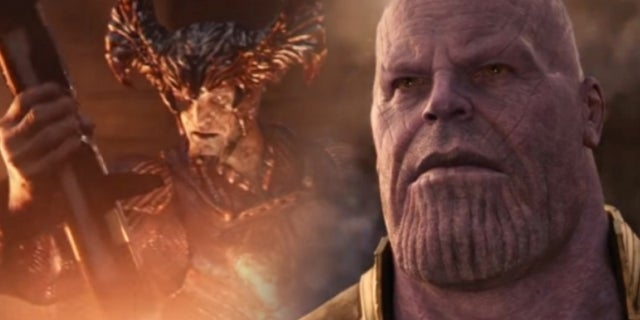 “I had a pretty good faith in it, because I had seen [Captain America] Civil War, I had seen what Marvel had done so far. But [director] Joe Russo called me up like about a month before Infinity War came out and said, ‘Well, we gotta talk about all that stuff, how there was a Thanos backstory, because the movie was gonna be two and a half hours long, and they only want two hours on this one,’” Starlin told CinemaBlend.

“And I had made the mistake of watching the Justice League movie about a week before. When he told me this, I started thinking, ‘It’s going to be just like the Justice League [movie], where Thanos comes in…’ and I’m going, oh my goodness.”

“Two minutes into the film, I didn’t even have to wait for the Hulk to get beat up,” Starlin said. “I said [to myself], ‘I’m fine, don’t worry, enjoy the film.’ He looked very cool, right from the start.”

Actor Josh Brolin did an “unbelievable job” with his Mad Titan, Starlin added. “In fact, his movement, and the cadence of his delivery, it seemed like he had been reading my mind and studying the comic books of how he moves. The moving, in particular, is what impressed me the most.”

Early drafts of Infinity War featured narration from Thanos’ point of view and included a young Thanos backstory that would have explored his trying, and failing, to convince the Titan senate of the planet’s impending doom.

“We wrote some scenes, sort of flashbacky scenes of a young Thanos on Titan trying to make his case,” co-writer Christopher Markus told Backstory Magazine. “And part of the reason it went away is it got a little too Jor-El on Krypton making his case, you know? It was the sort of thing you could imply without having to see.”

What Happened to Avengers: Earth’s Mightest Heroes | Comicstorian
Star Wars: The Rise of Skywalker Now Has the Worst Rotten Tomatoes Score of the Saga
Shazam! Director and Seth Rogen Developing Fear Agent Series for Amazon
Digimon Reboot Anime to Bring Taichi and the Crew Back on New Adventures!
WONDER WOMAN Must Save GORILLA CITY in GIANT #3