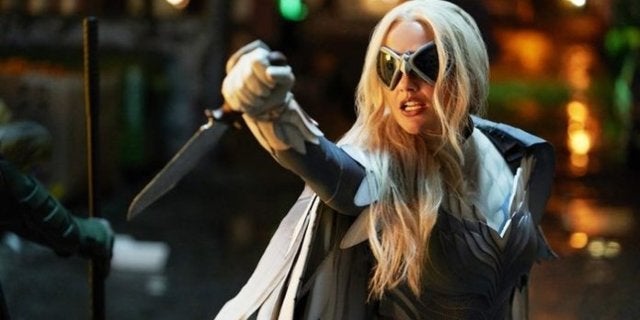 Minka Kelly looks suited up and ready for action as Dove in the upcoming second season of Titans on DC Universe. Kelly shared a photo to social media of herself in her costume. Take a look below.

Kelly’s Dove is one half of the crimefighting duo known as Hawk & Dove. While she and her partner play roles in Titans, for now, she’d be honored to see them fly off for a spinoff series. “Don’t make me answer that right here, right now!” Kelly told ComicBook.com when the question about a spinoff took her by surprise. “I love being a part of the Titans, but to have a spinoff would be a huge honor. If that’s what the fans want, I would be honored, of course. I think Alan [Ritchson] and I would kill it.”

Ritchson plays Hawk, Dove’s partner. The actor had previously admitted that he’d enjoy a spinoff as well, though somewhat begrudgingly given the complex nature of getting into and out of Hawk’s superhero costume. “I think with a happy reluctance, I’d happily say yes,” Ritchson said. “It’s a lot of abuse on the body and a lot of days not peeing. I think I would do it, I’d take one for the team.”

“Titans follows young heroes from across the DC Universe as they come of age and find belonging in a gritty take on the classic Teen Titans franchise. Dick Grayson and Rachel Roth, a special young girl possessed by a strange darkness, get embroiled in a conspiracy that could bring Hell on Earth. Joining them along the way are the hot-headed Starfire and loveable Beast Boy. Together they become a surrogate family and team of heroes.”

Are you excited about Titans Season 2 on DC Universe? Let us know in the comments. The show’s first season is now streaming. The second season debuts on September 6th.