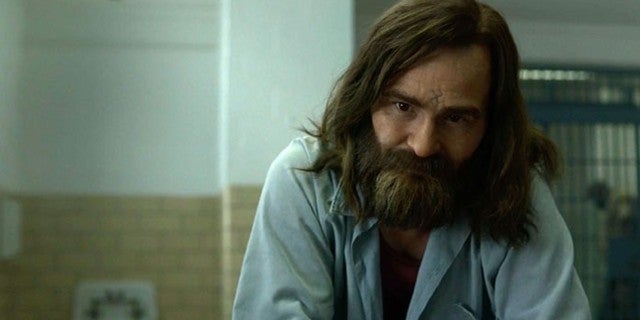 Netflix’s Mindhunter returns next month after a nearly two-year wait for the shows eagerly-anticipated second season and now a new teaser trailer is giving fans their best look yet at what they can expect when the show comes back — including glimpses of notorious criminals Charles Manson and Son of Sam, David Berkowitz.

In the trailer, which you can check out above, we get a quick look at Manson (played by Damon Herriman) with a menacing expression on his face. There’s also a quick, largely out of context glimpse of Berkowitz as well. According to director David Fincher, Manson and Son of Sam will both play significant roles in the season, particularly in how their crimes changed the public awareness around serial killers.

“In the 70s, post-Manson, post-Son of Sam, post-Zodiac, there really was, I don’t think you can say it was an epidemic, but there was definitely the feeling that the notion of this has gotten away from us,” Fincher said (via The Wrap). “There was this transition. I remember it happening with Son of Sam. When I left the Bay Area in the mid-1970s and our parents moved to Oregon, you go 300 miles north and nobody talked about Zodiac. It had been this festering thing that had never been brought to any kind of closure, but no one cared about it [outside of the Bay Area]. Then Son of Sam came, and it was Newsweek and Time, the cover.”

The season will also take on a completely different, but no less shocking series of crimes. When Mindhunter Season 2 picks up in August, it’s expected that there will be a little bit of a time jump, picking up somewhere between 1979 and 1981 and thus just a couple of years after the end of Season 1. It’s also expected to focus on the Atlanta child murders that occurred during that time frame and in which at least 28 children, adolescents, and adults were killed in a series of killings that was officially reopened in March 2019. We also know that actor Damon Herriman is set to appear in Season 2 as the notorious Charles Manson. Interestingly, Herriman is also playing Manson in Quentin Tarantino’s Once Upon a Time in Hollywood which opened in theaters last week. As for how the show will take on the Atlanta child murders, director David Fincher said in a KCRW podcast earlier this month that the crime is one they could have spent three seasons on.

“We could probably have done three seasons on the Atlanta child murders,” Fincher said. “It’s a huge and sweeping and tragic story.”

Mindhunter Season 2 is set to debut on Netflix on August 16.