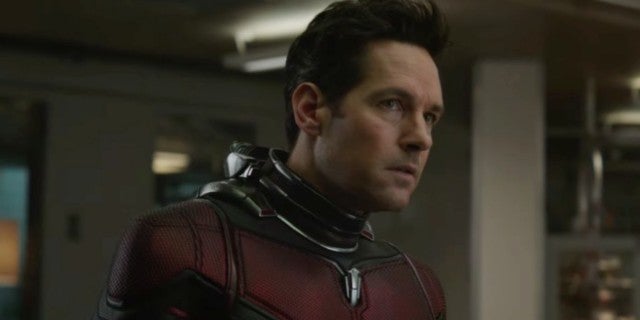 In Avengers: Endgame, in order to reverse the devastation loss of life created when Thanos snapped his fingers in Avengers: Infinity War, the surviving heroes had to come together and pull off an epic heist — a time heist, to be specific, in which they used the Quantum Realm to travel to specific points in time and collect Infinity Stones to assemble their own gauntlet. It was a fascinating and, in some ways, surprising path for the story to take, but as it happens, it’s one that might have actually been foreshadowed in a the most unsuspecting place: Ant-Man.

Over on Reddit, a fan shared an interesting moment from Ant-Man in which Darren Cross/Yellowjacket (Corey Stoll) tells Scott Lang/Ant-Man (Paul Rudd) “Did you think you could stop the future with a heist?” to which Scott replies “It was never just a heist!”

Coincidence? Potentially, but the heist concept did end up being a pretty big deal and it was Ant-Man who came up with it in Endgame, even though he didn’t exactly have the scientific knowledge to pull it off alone. What he did have was firsthand experience with the Quantum Realm. It was where he was trapped when Thanos initially snapped and where he remained until he came out of it five years later in actual time, though it was far, far shorter for him. But when it comes to the significance of the Quantum Realm, while it was the conduit for the heroes to save the day it wasn’t something that protected Scott from the snap in the first place. Endgame writers Christopher Markus and Stephen McFeely made it clear during their Hall H panel at San Diego Comic-Con that Scott honestly just got lucky that he wasn’t dusted.

When Endgame was first released, we sat down with visual effects supervisor Russell Earl. Earl works at Industrial Light and Magic, the firm responsible for taking the Quantum Realm from Ant-Man and the Wasp and making into an all-new item in Avengers: Endgame.

“It was all about trying to tell the story of, okay, they’re coming off the platform through the quantum tunnel, so we’re referencing the quantum tunnel stuff from the van that was in Ant-Man and the Wasp,” said Earl. “That was the driving force there and then we were tying into some of the stuff we had done in the prior film on Ant-Man and the Wasp, sort of traveling through the different layers of the Quantum Realm. Before, the big thing was trying to tell that story of ‘Okay, the time GPS is able to guide them on these different paths.’ It’s funny because they go by so quickly, but a lot of love and time and effort goes into just trying to give a sneak peek of each of those levels, tell the story that they’re traveling through, and just try to bring something new to it.”

Do you think Ant-Man foreshadowed the Time Heist in Avengers: Endgame? Let us know in the comments below.

Ant-Man and the Wasp and Avengers: Infinity War are now streaming on Netflix. Avengers: Endgame is set to be released digitally July 30th ahead of home media on August 13th.