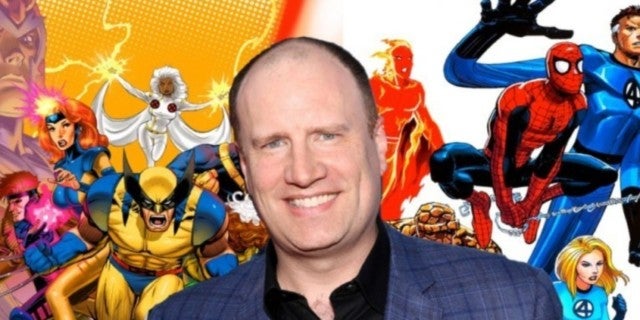 At San Diego Comic-Con, Marvel Studios finally broke the silence and revealed their ambitious plans for the post-Avengers: Endgame franchise, unveiling 11 brand new projects in their entire Phase 4 slate. And as if that wasn’t enough, they ended their Hall H presentation with the massive debut of Mahershala Ali, confirming that the Academy Award-winning actor was set to reboot Blade in Phase 5.

But producer Kevin Feige admitted that they almost unveiled the rest of their Phase 5 projects as well. The Marvel Studios President spoke with MTV News after the event, saying that they considered revealing their projects going out for the next five years.

“We debated what we should announce today,” said Feige. “Should we announce Phase Four and Five? We’ve planned them out, we’ve got five years down the road and I was like, I think eleven projects in two years is plenty having not mentioned anything for two or three years.”

Feige was also asked about why there was a lack of Avengers announcements, and Feige teased that the next version of the superteam will be unlike anything that’s been on screen yet.

ComicBook’s own Brandon Davis caught up with Marvel’s head honcho after the Comic-Con event, asking him about the state of Earth’s Mightiest Heroes after the events of Avengers: Endgame.

“Well, we got a Falcon and Winter Soldier show, we got a WandaVision show,” Feige explained. “We’re introducing Monica Rambeau in that WandaVision show… Wanda Maximoff, who is probably near the upper echelons of power — I contend she would have taken down Thanos if he hadn’t called the [army], it was done — so her being the Scarlet Witch now, as Lizzie said on stagein a full sort of unabashed power-based [way], coming into the Doctor Strange movie, that is two heroes coming together in a fun way.”

We still have a long wait until Phase 4 kicks off when Black Widow premieres on May 1, 2020. But we might get a tease of what Marvel is planning for Phase 5 at their D23 Expo panel on Saturday, August 24th.