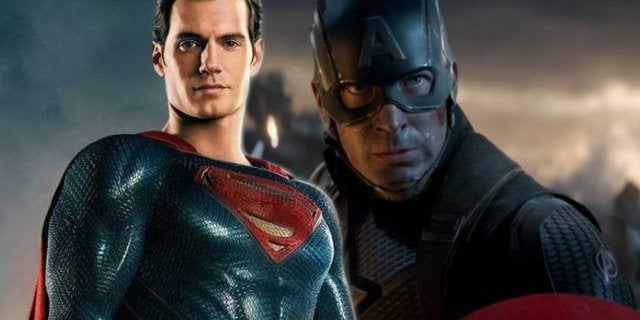 After helping deliver one of the most successful films of all time and the biggest superhero movie to date, writers Stephen McFeely and Christopher Markus are done (for the time being) with Marvel Studios. But if the option came up to tackle the greatest superhero from the Distinguished Competition, they might not turn it down.

Wrapping up their press run for Avengers: Endgame, the writing duo spoke with ScreenRant at San Diego Comic-Con 2019 when they were asked which DC superhero they’d like to tackle, and McFeely offered a surprising response.

“I mean, I think Captain America shows there are certainly ways to do a really good Superman movie in this day,” answered McFeely. “You don’t have to dirty him up, you don’t have to get rid of his earnestness. I’m a big — the Christopher Reeve Superman is one of my favorite movies. So that’s one we certainly borrow from all the time.”

This is in stark contrast with the approach David S. Goyer and Zach Snyder took on Man of Steel, which attempted to modernize the character by forcing him into real world situations where he had to make difficult choices, such as killing General Zod in the destructive battle of Metropolis.

McFeely and Markus took a different direction, having written all three Captain America movies, as well as Avengers: Infinity War and Avengers: Endgame. Instead, they embraced many of the “hokey” aspects of Steve Rogers, making him a strong character that refused to bend in a world that continue to change.

While Warner Bros. Pictures might not have immediate plans for the character, McFeely and Markus are currently finished with their obligations to Marvel Studios. The writers spoke with ComicBook recently and explained that they have no future projects in the works with Marvel, but that they’re open to return under the right circumstances.

“We don’t know yet, but we certainly have no desire never to return,” Markus told us earlier this year. “We’re not on anything at the moment, and we’re going to do a few things for the studio that we founded with the Russo’s. But you know, this has been an amazing experience, and we’d be fools to say that.”

Fans can see their latest work when Avengers: Endgame becomes available on Digital HD on July 30th, followed by the Blu-ray and DVD premiere on August 13th.

There’s still no word on what big screen plans Warner Bros. has for Superman, but hopefully news of the Avengers writer’s interest might kickstart something.