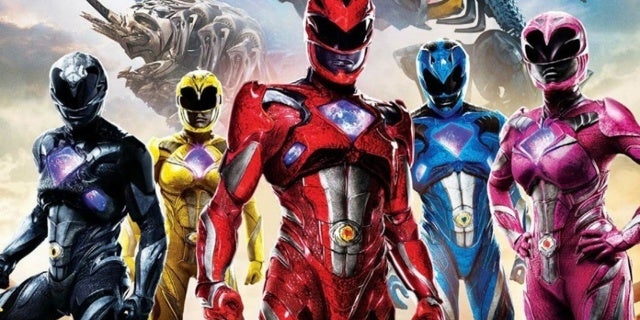 While many die-hard fans were happy with the new Power Rangers movie and their modern take on the Mighty Morphin’ team, new parent company Hasbro has apparently decided to move on in a different direction. With a disappointing box office and a mixed reception from the general audience, it seems like they’ve now stopped their plans for a sequel.

According to star Dacre Montgomery, who played the Red Ranger Jason in the film from 2017, Hasbro has plans for another film that won’t involve him or any of his castmates, effectively making it yet another reboot for the franchise.

Montgomery participated in an Ask Me Anything thread on the Stranger Things subreddit in celebration of the release of Season 3 on Netflix. When asked whether there were plans for more Power Rangers movies, he offered a surprisingly candid response.

“I think there is a movie in the works but it’s not with me and the cast. So yes but not with us,” Montgomery wrote on Twitter.

So far Hasbro has yet to make any formal announcements about future films set in the Power Rangers universe. So, of course, until it’s set and stone, these plans could change. But with an estimated $100 million budget and just a $142 million box office haul, a sequel seems unlikely.

Hasbro purchased Power Rangers from the Saban Brands last year, and later the CEO Brian Goldner expressed a desire to develop a new feature film, even going so far as saying that it would indeed be a sequel.

Goldner explained that Power Rangers provided a “significant opportunity for growth given where the brand had been most recently” and that “Hasbro will work with a film studio to develop a new Power Rangers movie as a follow-up to the 2017 release.”

Now, they could still develop a sequel to the 2017 film, making it a soft reboot with a brand new cast, based on the properties different iteration. They could follow up the first film with a new take on Power Rangers ZEO, introducing a lot of the new characters who succeeded the original Rangers based on the TV series’ early days.

Many fans will likely be disappointed by this news, especially after the first movie set up the introduction of the Green Ranger by teasing the arrival of Tommy Oliver.

Now that Montgomery has let the cat out of the bag, hopefully we hear more details soon about Hasbro’s plans for the Power Rangers’ big screen future.