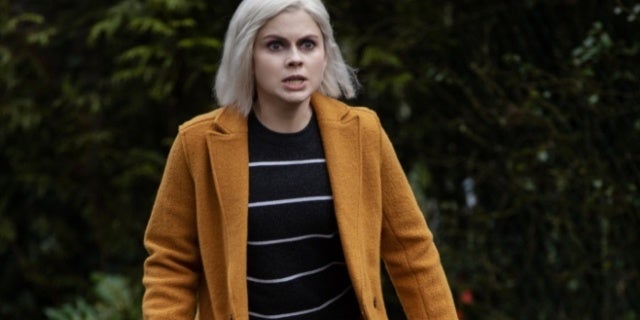 After five seasons and dozens of brains, we have our first look at iZombie‘s final chapter. The CW has released a handful of photos for “All’s Well that Ends Well”, the thirteenth episode of the show’s fifth season.

The photos showcase what might be a final standoff between Liv Moore (Rose McIver) and Blaine DeBeers (David Anders), which appears to be taking place at the well that Blaine left his father in. There’s no telling exactly what that scene will mean, especially in the context of New Seattle’s current political turmoil, but if Don E’s (Bryce Hodgson) expression is any indication, it looks pretty surprising.

Scroll through to check out the photos from the episode.