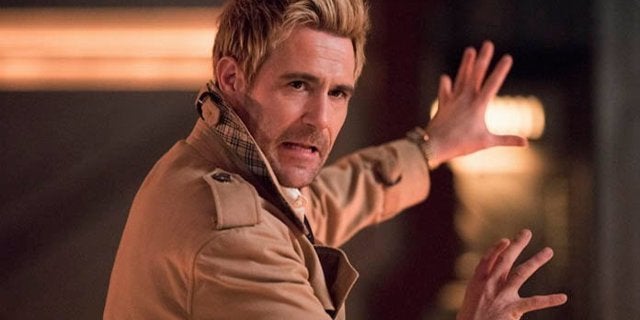 Fans of DC’s Legends of Tomorrow were excited when Matt Ryan‘s Constantine had an expanded role as a series regular after having previously made a few guest appearances on The CW Arrowverse series. However, with the demon Neron defeated in the Season 4 finale, fans couldn’t help but wonder if everyone’s favorite demonologist would be returning for more absurd adventures on the Waverider in Season 5. Now, that question has been answered: yes.

TV Line confirmed that Ryan is returning as a series regular for the show’s fifth season which will debut at midseason. This will surely be good news for Constantine fans as well as will be very helpful for the Legends themselves considering how the Season 4 finale teased at a major new threat coming for not just the team, but the world.

Last season, Constantine went to Hell — literally — to save Ray Palmer (Brandon Routh) whose body had been possessed by the demon Neron. The trip to Hell brought him into contact with Astra Logue, the little girl that Constantine was unable to save from being dragged to hell. Astra (played by Olivia Swann) is very much an adult now and no longer the girl Constantine remembers, though she does help them retrieve Ray’s soul.

However, it’s not just Ray’s soul that gets retrieved. As the season finale ended, Astra is shown bringing the souls of a whole array of evil people — think Joseph Stalin, Caligula, John Wayne Gacy, etc. — up and releasing them from Hell with the proclamation that everyone deserves a second act. That’s definitely not good, but it certainly sets the stage for some interesting adventures in Season 5.

“And in the finale, we are going to see a terribly nuanced version of Astra.” showrunner Phil Klemmer told ComicBook.com before tonight’s finale. “She, unlike most people in Hell, isn’t going to appear evil through and through. Should we have the chance to continue the story next season, there’s a flipside to the coin of this girl — now woman — who resents him and had been corrupted by her experience. She blames him for everything that went wrong in her life. Again, I feel like there’s a chance to get underneath all that. For us, it’s just always about revealing new sides of these characters that you think you know inside and out. I never would have thought that John Constantine would fit in with the Legends and onboard the Waverider, but I think for next season, we want to keep digging deep on this guy, because obviously he feels pretty bottomless. He’s a bottomless pit of darkness, but also, there’s no end to the pathos and the tragedy. There is such a pure impulse to what John does. Beneath all the self-loathing, he’s such noble man. I guess that’s why we keep wanting to know what happens next, because it’s like he’s endlessly fascinating.”

Are you excited that Matt Ryan is returning as a series regular on Legends of Tomorrow? Let us know in the comments below.

Legends of Tomorrow will return in 2020.