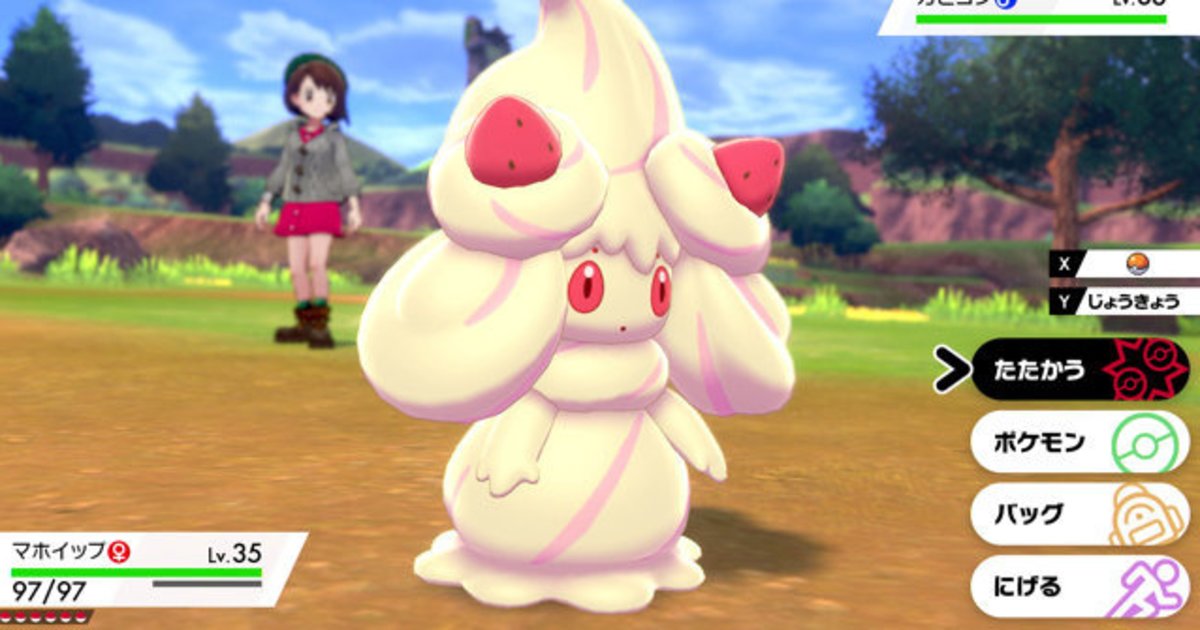 Alcremie is a Cream Pokémon who falls in the Fairy type category, with the ability of Sweet Veil. Trainers won’t be surprised to see that it can produce whipped cream (whose quality depends on how happy it is), which can be used both for dessert creations and in battle! Opponents of Alcremie will need to restrain the urge to eat the sweet-smelling cream, as it distracts them and makes them lose the desire to attack. Its ability is named Sweet Veil.

An energetic (and Electric!) Puppy Pokémon, Yamper is fascinated by moving things and is prone to chase anything that catches its attention. it also has an organ in his body which generates electricity when he runs around and is often seen with sparks flying around him. Yamper’s Ball Fetch ability will also allow players to pick up a Poké Ball that failed to catch a wild Pokémon.

Solid-looking Coal Pokémon Rolycoly (a Rock type, what else?) can use its red eye to illuminate dark areas while using the lump of coal attached to its body like a wheel. This made it a necessity for households in the Galar region, who used the coal that came off its body. In battle, Rolycoly’s Steam Engine ability allows it to get a speed boost if hit by a fire or water move.

Made from an extremely light yet durable metal, Alloy Pokémon Duraludon can move surprisingly fast. Trainers may recognize some similarities in shape with Tyrannitar, which live in the same cave habitats. Duraludon use their specially adapted arms to grind down rock surfaces for food. As a Steel/Dragon Pokémon, it has the ability of Light Metal/Heavy Metal.

Pokémon Sword and Shield are set to hit the Nintendo Switch on Nov. 15.

Adapted with permission from Anime!Anime!*