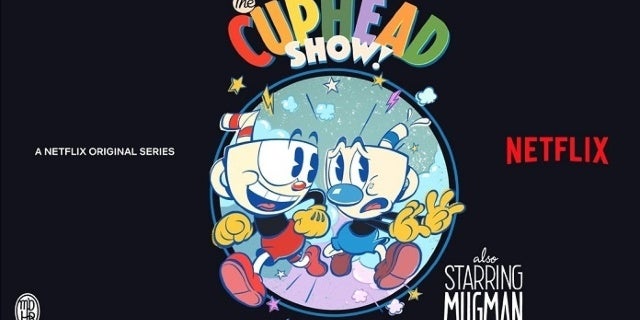 Netflix announced on Tuesday that an animated adaptation of Studio MDHR’s Cuphead is in the works. The series that’s called The Cuphead Show! Will be produced by Netflix Animation and follows a story that revolves around the game’s protagonist, Cuphead, and his brother Mugman. Chad and Jared Moldenhauer, the founders of the Studio MDHR developer which created the game, will serve as executive producers on the show.

Cuphead’s cast of characters consists of the duo mentioned above and others like devils and robots and all other manners of creations rendered in art styles reminiscent of cartoons from the 1930s. The unique art style of Cuphead and the overall old-timey feel to it was already one of the most often praised parts of the game, so one would hope that the style transitions well to the Netflix series.

Following the story of Cuphead and Mugman as they journey across their homeland, the Inkwell Isles, the Netflix series is said to “expand on the characters” we’ve already seen as well as the Cuphead world.

“The game that has won the hearts and minds of fans with its gorgeous retro hand-animated style, crazy boss-brawls, and challenging gameplay will come to life on television for the first time ever in The Cuphead Show!” Netflix’s announcement said. “The new series will expand on the characters and world of Cuphead, with an animation style inspired by the classic Fleischer cartoons from the 1930s.”

Extra, Extra! Experience the wonder of the Inkwell Isles in full color and cine sound! That’s right folks, Cuphead and Mugman are on their way to Netflix with The Cuphead Show! pic.twitter.com/CD52cjJVSW

Cuphead itself experienced tremendous success on Microsoft’s platforms as the first game from Studio MDHR. It’s sold millions of copies and was eventually ported to the Nintendo Switch as well, a solid fit of a game for the handheld hybrid console. Toys and other collectibles inspired by the game have also been created by multiple companies since its release, and the challenging aspect of it has made it an attractive option for speedrunners and competitive players. A DLC is planned for the game that’s called The Delicious Last Course and is currently scheduled to release in 2020.

No release timing for The Cuphead Show! has been announced.

On today’s episode, we talk about Pokemon Masters, Pokemon Sword & Shield drama, and some new additions to the Pokemon Trading Card Game! Make sure to subscribe now to never miss an episode!