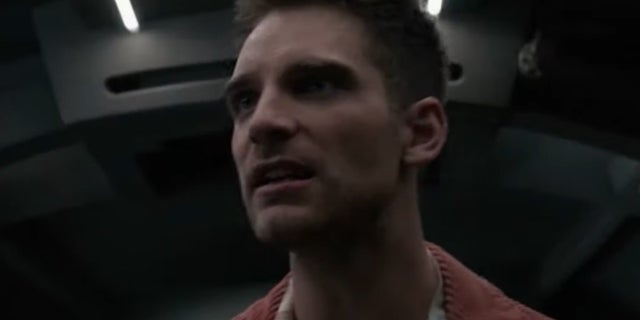 Tonight’s Agents of SHIELD episode saw a lot of action, but “Collision Course (Part I)” also saw the beginning of a possible new (and slightly disturbing) romance. Deke (Jeff Ward) was sent along with May (Ming-Na Wen) and Daisy (Chloe Bennet) on a mission with Sarge (Clark Gregg) and Snowflake (Brooke Williams), and it didn’t take long for a connection to spark between Deke and Snowflake. It literally took one truck ride for the two to get together (and for Deke to adorably start calling her Snow). It was weird, hilarious, and we’re totally here for it.

For lack of a better word, Snowflake has seemed pretty crazy since she was introduced at the beginning of the season. She appears to have an obsession with watching people die. She won over Deke’s heart pretty quickly by comparing him to a butterfly, even though she seems to do that with literally everyone.

“She said that my soul was like a butterfly that was just dying to escape, and you know what? That’s exactly how I feel,” Deke says after May and Daisy catch them in the act.

At the end of the episode, Sarge abandons Snowflake who is now forced to team up with the agents in order to defuse a bomb. This is good enough for Deke, who declares that everyone can trust her since she’s on their side now.

While we highly doubt this romance will last, it’s nice to see Deke rebounding from Sequoia (Maurissa Tancharoen) and diverting his attention from Daisy. We love Deke, but his creepy behavior with Daisy in his Framework program is pretty shady (Mack probably should have told Daisy about it instead of blackmailing Deke for a piece of his company). If Daisy and Deke do ever get together, he should probably confess.

In the meantime, we’re hoping we get a least one scene of Deke giving Snowflake lemons.

What did you think about Deke and Snowflake? Do you think Deke and Daisy are endgame? Tell us in the comments!

Agents of SHIELD airs Friday nights on ABC at 8/7c.