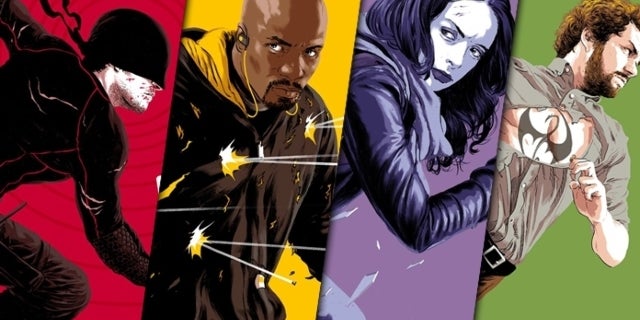 A new report surfaced in the New York Times earlier today which revealed Netflix had upwards of 60 episodes of Chelsea from the streaming service. The late-night talk show hosted by comedian Chelsea Handler is original to the platform and yet here we are, seeing Netflix remove its own content from the service. While Chelsea itself isn’t all too comic-centric, this could end up providing troubles for genre content down the line, more particularly when it comes to Daredevil and the rest of the shows in Netflix’s Defendersverse.

It should be noted before we end up going much further, this is all speculation and that there is currently nothing circulating that’s saying that Netflix has plans to remove those Marvel Television shows. That said, removing half of the Chelsea catalog could provide some uneasy times for fans of the shows, especially in the light of the deteriorated relationship between Netflix and Marvel Television.

If you recall last fall, Netflix quickly pulled the plug on Iron Fist, Luke Cage, Daredevil, The Punisher, and Jessica Jones after it was revealed Disney would be rolling out a streaming platform of their own. While Marvel Television boss Jeph Loeb insists it was Netflix’s choice to not renew the shows, there likely was a licensing fee increase in play that ultimately forced Netflix to decide to stop funding the shows. After all, the streaming show had just bought Mark Millar’s Millarworld of properties and would soon have their very own superhero universe to develop.

That said, if Netflix had decided to be super petty — it’s 2019, after all — what would be stopping them from pulling the aforementioned shows from Netflix and keeping them in purgatory until Marvel can reclaim the live-action rights for the character to use in other properties, some 14 to 20 months from now? Again, it’s just pure speculation on our part, fueled by Netflix making an unprecedented move.

For all we know, there could be something in the contract between the company and Marvel Television that prohibits the streamer from taking those shows offline. Then again, they could rip them from our hands and we’d be unable to binge watch ever again.

Do you think Daredevil or any of the other Defenders will be picked up by Hulu or Disney+? Let us know your thoughts in the comments below or by tweeting me at @AdamBarnhardt!

All three seasons of Daredevil — and the remaining catalog of Marvel Television shows — are now streaming on Netflix.