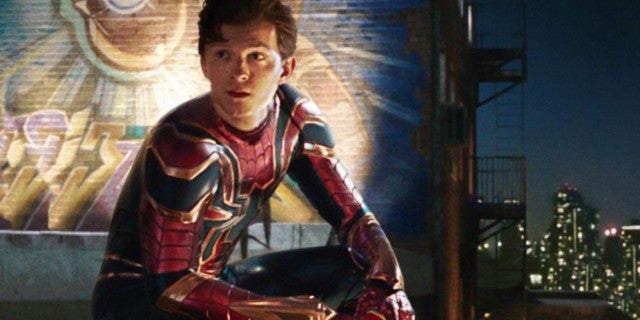 Spider-Man: Far From Home filmmakers went into the Avengers: Endgame followup not having seen the latter until late in the process.

“They did show us Endgame early, but way into the process on this film,” Dan Lebental, who edited Far From Home with Leigh Folsom Boyd, told The Hollywood Reporter. “At a certain point we had our conceptions of what Endgame was but then I saw it. ‘OK. We need to make a few adjustments.’”

Set almost immediately after Endgame, where the Avengers reversed Thanos’ (Josh Brolin) snap that “blipped” half of all life in the universe out of existence, Far From Home sees Peter Parker (Tom Holland) struggling with the loss of mentor Iron Man (Robert Downey Jr).

But Boyd was under the assumption that everyone died, unaware the two major sacrifices were Tony Stark and Black Widow (Scarlett Johansson).

“We did have to adjust it to feel light, and then it became really make it the father son connection between Tony Stark and Peter,” added Lebental.

When developing the Spider-Man: Homecoming sequel, Far From Home screenwriters Erik Sommers and Chris McKenna were entrusted with two major events that happened in the years between: that Endgame culminates with the death of Tony Stark and the action of their Spidey sequel takes place after a five-year time jump.

“We had so many conversations,” McKenna said. “If half of life in the universe was snapped does that include pets? E.coli?”

Far From Home touches on post-snap life — director Jon Watts wanted to explore the minutiae of what the Marvel Cinematic Universe would look like after half its population, formerly blipped out of existence, suddenly returned to life — but the biggest fallout centers on Peter moving out of the shadow of his late mentor.

“What I would say is that loss is such a big part of who Peter Parker is in the comics, whether it be Gwen Stacy or Uncle Ben, he has to deal with loss so often,” Watts told ComicBook.com.

“In a way, I felt like this fit in very naturally and allowed me to tell the kind of Spider-Man stories that I think people want to see. So yeah, I think even if it’s not a direct comp for Uncle Ben, it definitely allows me to explore some of the similar themes.”