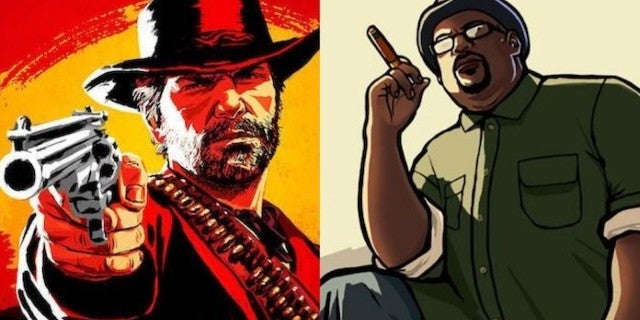 The next installments in the Grand Theft Auto and Red Dead series could be shorter and smaller in scope than previous entries. According to Take-Two Interactive CEO, future releases from its subsidiaries — such as Rockstar Games and 2K — may be shorter in length thanks to the ability of games to deliver content on an ongoing basis after launch. In other words, developers can add a ton of content to a game after launch, so there may not be a need to pack so full up front like there has been in the past.

“It’s possible that games may be a bit shorter than they were in certain instances,” said Zelnick while speaking to GamesIndustry. “It’s possible that the ability to deliver content on an ongoing basis for a long time after an initial release of a hit would mean that perhaps that initial release wouldn’t be as long in terms of number of hours of gameplay as previously had been demanded in a world where that was all you were getting.”

As you can see, Zelnick doesn’t make a commitment either way, but elsewhere in the interview the CEO emphasized that he’d like to see smaller gaps between bigger releases. One of the ways it could do this is by making teams bigger and pumping more resources into them. And Take-Two will do this, but it could also do this by making games a bit shorter. That said, it sounds like Take-Two will leave it up to the developers, which it has done this generation, especially with Rockstar Games.

Of course, we won’t be seeing a new Red Dead anytime soon. If we’re lucky, we’ll get a new installment in the series by the end of the next generation. Meanwhile, there’s been no word of Grand Theft Auto 6, but presumably it’s in development and will come to PS5, Xbox Scarlett, and eventually PC.

Anyway, as always, feel free to leave a comment letting us know what you think or hit me up on Twitter @Tyler_Fischer_ and let me know over there. Would you mind shorter GTA and Red Dead games if it meant we got more of them quicker?

On today’s episode, we talk about Adi Shankar’s super dark Pokemon short film, a Pokemon GO oopsie and discuss if fans should be mad about the changes coming to Pokemon Sword & Shield! Make sure to subscribe now to never miss an episode!