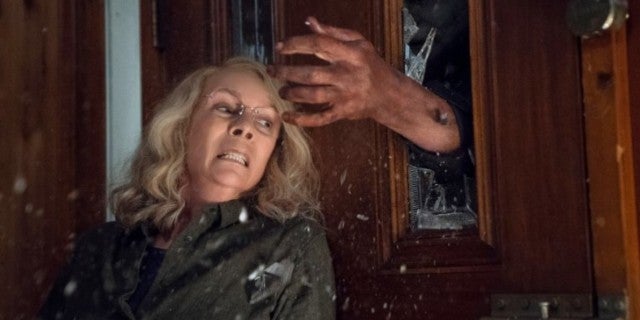 The Halloween franchise is one of the most successful and well-known brands in the world of horror, though the actual output of the series hasn’t always connected with fans. Luckily, last year’s Halloween proved to be a huge hit with not just fans, but also critics, as the film went on to earn $255 million worldwide and earn the best reviews since the 1978 original film. A follow-up film seemed all but guaranteed, yet no official word about the project moving forward has emerged, until now. According to Collider, a sequel will begin shooting this fall with an October 16, 2020 release date. The site also notes that Jamie Lee Curtis, Judy Greer, and Andi Matichak are all expected to return, with a script written by David Gordon Green, who will also direct.

This reveal isn’t official, but it is far from a surprise. Just earlier this month, producer Jason Blum shared a photo of himself on Twitter alongside Curtis, who was holding a figure of her character from last year’s Halloween. This was only the latest of many teases about the franchise’s future, which have been happening since the previous film was released.

The original film was directed by John Carpenter, which he wrote with Debra Hill, depicting a masked murderer returning to his hometown 15 years after he murdered his sister on Halloween night. Curtis starred as Laurie Strode, a teenager who found herself in the middle of the madness. Last year’s film marked Curtis’ first return to the franchise since 2002’s Halloween: Resurrection and Carpenter’s first direct involvement in the series since Halloween III: Season of the Witch, serving as the composer and producer.

With the film seemingly depicting the demise of Michael Myers, it’s unclear what this new narrative could explore. Last year’s film served as a direct sequel to the original movie, as the repetitive nature of previous sequels led to the franchise’s downfall. Given that Green had previously revealed that he had toyed with shooting two films at the same time, it would seem as though this upcoming film will potentially utilize some of those unrealized concepts he previously developed.

Green’s involvement would seemingly be the key to ensuring Curtis’ return.

“I’d be happy to do it, sure,” the actress admitted to Entertainment Weekly at the idea of a sequel. “This was an extraordinary experience. David was a fantastic director, writer, but obviously this 2018, 40th anniversary, was Laurie’s story, and there are other people’s stories that would need to get told. But Laurie’s story was told beautifully this year, and I would have no way of knowing how they would incorporate her into .”

Stay tuned for details on the Halloween sequel.

Does this news have you excited? Let us know in the comments below or hit up @TheWolfman on Twitter to talk all things horror and Star Wars!