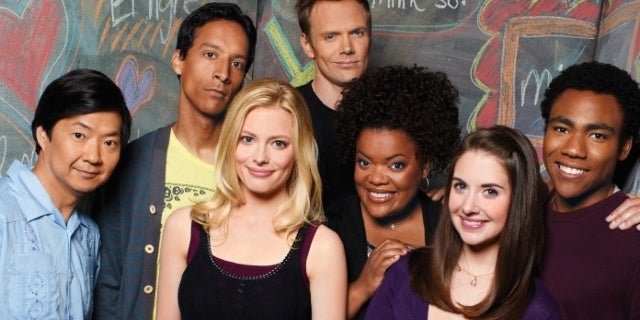 For years, Community fans campaigned for “six seasons and a movie”, and it looks like one of the series’ stars still wants that to happen. In an interview with ComicBook.com’s sister site, PopCulture.com, Alison Brie was asked if she would be open to reprising her role as Annie Edison in some way. As Brie explained, she’d love to see the long-gestating Community movie actually come to fruition, possibly on Netflix.

“Yeah, I think I would,” Brie revealed. “I mean, look, it’s like, are we going to do the movie? I feel like if the Community movie ever gets made, it should just be made for Netflix, and it would be fun to do, but, I think it would be best if we could get everyone to do it, so I feel like that might be difficult.”

While there might be logistical issues of getting everyone back together for a Community movie, Brie revealed that she still keeps in contact with her castmates.

“I love my Community family. We still talk all the time. I was just texting Joel McHale yesterday — we have our group — our group text is going constantly. I love those guys. We’re a family. I would love. I’m always down for the idea of that,” she said.

Community ended up having a pretty unique run in the pop culture world, after five seasons on NBC and one on Yahoo! Screen. Through it all, talk about a hypothetical movie has remained.

“There’s no way we’re not making the movie now!” Sony Pictures Television’s Zack Van Amburg said in 2014. “I think once we make the movie, let’s look up and decide how much more Community the world wants. I’d be lying if I told you that we have not had some very early and preliminary conversations that are very exciting about what a potential movie could be and who might direct it.”

But as series creator Dan Harmon revealed in a subsequent interview, he wanted a bit more time to pass before the movie actually came to fruition.

“I told Yahoo, ‘I can’t think about writing a movie until I miss Community,’.” Harmon said in 2015. “They wanted to turn around and do a movie immediately, and Yahoo can get it done. They’re like the NSA.”

Do you want to see the Community movie become a reality? Share your thoughts with us in the comments below!